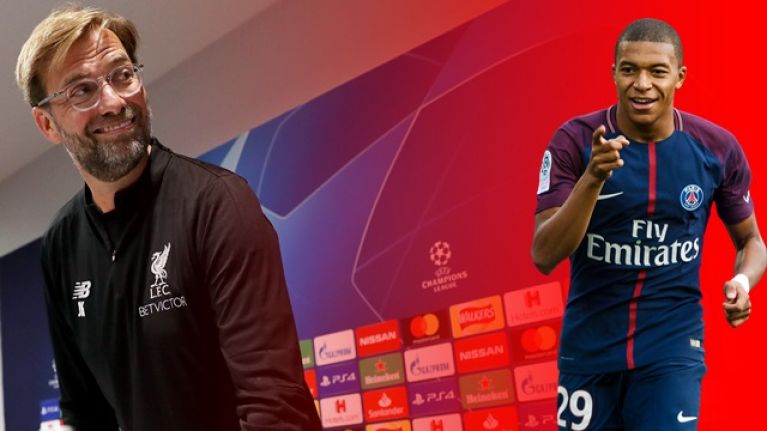 Kylian Mbappe has helped ramp up the transfer speculation surrounding him by name-dropping Liverpool and giving his opinion on Jurgen Klopp.

The Paris Saint-Germain forward is expected to stay in France this summer while the Reds aren’t looking to splash serious cash after landing Alisson and Virgil van Dijk for big money last season.

But the World Cup winner’s name keeps getting linked to the Reds with a number of intriguing things happening only fueling the flames.

Mbappe was first spotted hanging around with LeBron James – a long-time Liverpool fan who was even seen sporting a Reds cap in a video with the Frenchman.

Liverpool fans then noticed that the PSG star has started following former and current Reds players on Instagram.

Jamie Carragher later had some fun with Liverpool supporters on social media on Wednesday by re-tweeting a bogus Sky Sports News account that falsely tweeted Liverpool had agreed a fee with PSG to sign Mbappe.

And now the France international has actively name-dropped the club in an interview with ESPN.

When asked by presenter Mauricio Pedroza who he would pick to play on FIFA, if there was money on it, Mbappe answered: “Liverpool.”

He explained that he picked the Premier League outfit because they have just won the Champions League before admitting that Reds manager Klopp is “good”.

Despite the speculation it still looks very unlikely that a Liverpool transfer for Mbappe will occur this summer.

PSG president Nasser Al-Khelaifi recently told France Football: “Mbappe? I’m 200 percent sure he will still be at PSG next season.”