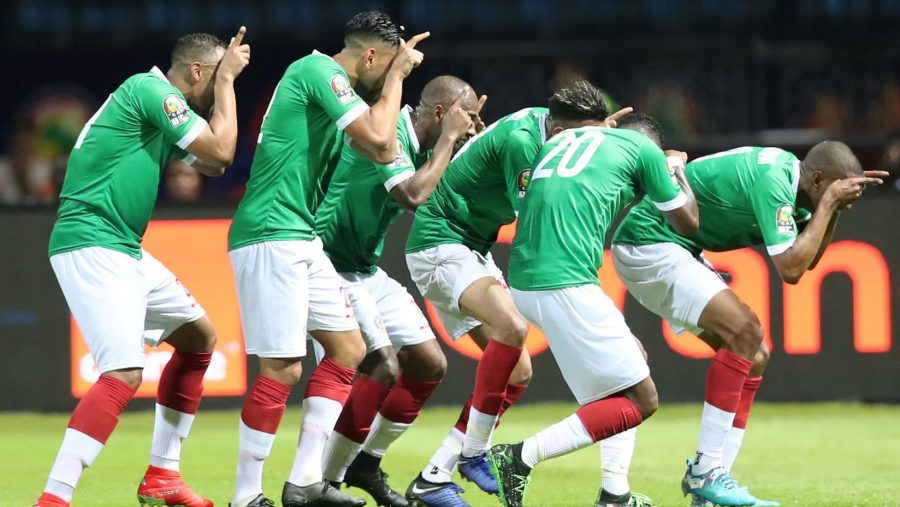 Madagascar players rejoice after shooting ahead of Guinea

Debutants Madagascar almost upset veterans Guinea in the second match of Group B of the African Nations Cup in Alexandria when they overturned a goal deficit incurred in the first half, four minutes into the second half.

And then shot ahead in 55th minute for a temporary advantage.

However Guinea’s Francois Kamano restored some order 11 minutes after, when he equalised with a spot kick.

Sory Kaba had opened scoring for Guinea in the 32nd minute. But Madagascar’s Anicet Abel equalised in the 49th minute, while Carolus Andriamahitsinoro increased their advantage to 2-1 in the 55th minute.

On paper, the match at the Alexandria Stadium was supposed to be to Guinea’s advantage.

The Guineans are veterans of the tournament, having participated 12 times.

Though they had never won the cup, they had progressed out of the group stage in four of their last five appearances at the AFCON.

In contrast, Madagascar were making their first appearance in the continental showpiece. And they almost stunned the Guineans.