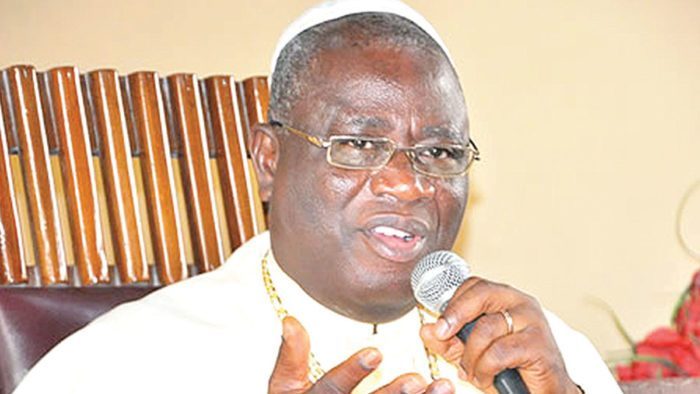 The Prelate of Methodist Church Nigeria, His Eminence, Samuel Kanu has called for life imprisonment for persons found culpable for kidnapping in the country.

Kanu made the call while addressing newsmen on the sidelines of the honorific awards of Knights to members of the church on Sunday in Abuja.

“For those who kidnap and those who perpetuate evil for me should be jailed for life because they are enemy of the society, I will not subscribe to death penalty,“ he said.

He called for increased funding for the security agencies to effectively carry out their responsibilities, adding that the funds should be monitored to avoid diversion by some corrupt officials.

Kanu said that President Muhammadu Buhari has good intention for the country but some individuals within the government have decided to use the funds for other purposes.

He alleged that some disgruntled elements were also behind all the kidnappings being carried out across the country.

The clergy expressed concern over the level of prosecution and conviction of persons arrested for kidnappings and other crimes by security agencies in the country.

He said that the lack of diligent prosecution had often than not left those arrested for the crime off the hook and working freely on the streets.

Kanu enjoined all Nigerians to join hands in the fight against insecurity as the security agencies cannot do it alone.

He advised Buhari to use the next four years to focus on massive food production and the economy that would enhance the living standard of Nigerians.

He also advised the Federal Government to invest more on the youths to help curtail the insecurity in the country.

“If Nigeria want to save itself from security challenges, it must invest in the youths,“ he said.

Kanu said that it was a motivation for the members to do more for the church and not a retirement incentive.

The clergy said that disobedience to the word of God had always resulted to disastrous consequences, urging members to invest more in the church.

Dr Ochapa Ogenyi and Mrs Yewande Usman who were beneficiaries, said that the award was a beginning of service to God and humanity.