AFCON 2019: Angola hit back to force draw with uninspiring Tunisia 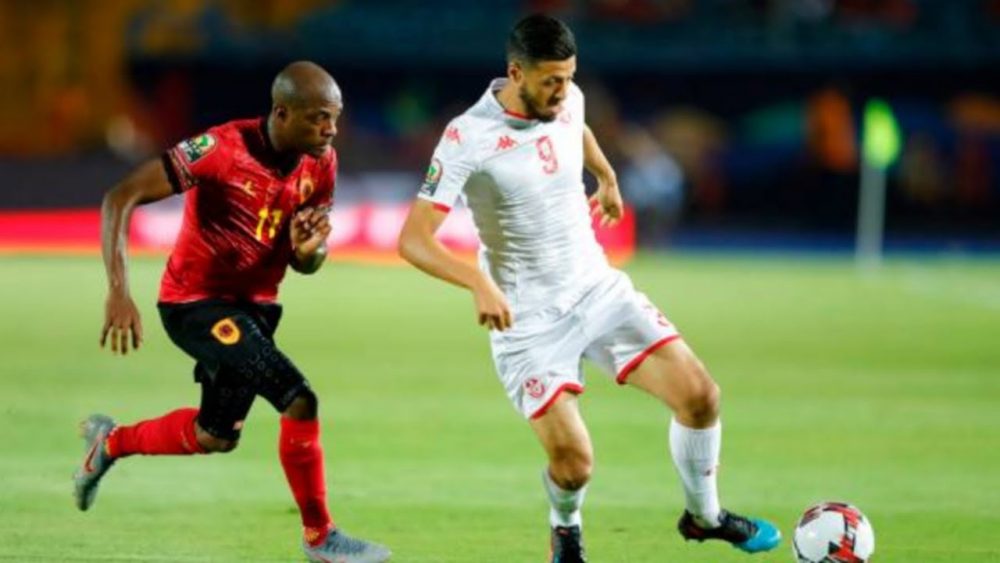 Angola salvaged a surprise but deserved 1-1 draw against an uninspired Tunisia in their Africa Cup of Nations opener on Monday.

Djalma Campos cancelled out a Youssef Msakni penalty after Tunisia went ahead against the run of play in the 34th minute of the Group E match.

Msakni fired his spot kick into the roof of the net after Naim Sliti was upended by Salomao Paizo.

But Tunisia, firm favourites to win the group, failed to build on the lead.

And Djalma made them pay by snapping up a rebound after Tunisia goalkeeper Farouk Ben Mustapha failed to hold a shot in the 73rd minute.

Mali and Mauritania were meeting later on Monday in the second half of a double bill at the Suez Army stadium.