Video: Stranded billionaire picked up by helicopter on Lagos-Benin Expressway 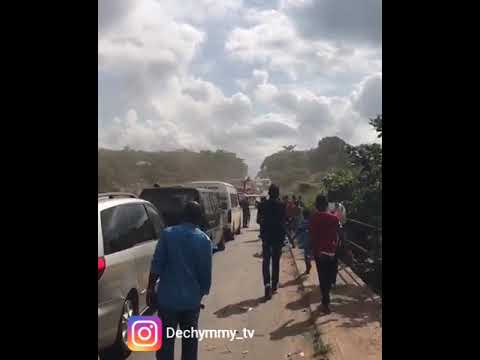 Scene of the incident

A video is trending on social media of a Nigerian billionaire who was stuck on Lagos-Benin Expressway traffic and got picked up by an helicopter.

The unnamed billionaire was said to have called an helicopter to pick him up from the traffic snare and to everyone’s consternation, the helicopter landed  right on the expressway and picked him up.

The video, posted by Dechymmy Tv showed several traveller leaving their vehicles to take pictures and video the incident on Sunday.

He left the thousands still stranded on the expressway as the helicopter taxied into the sky.