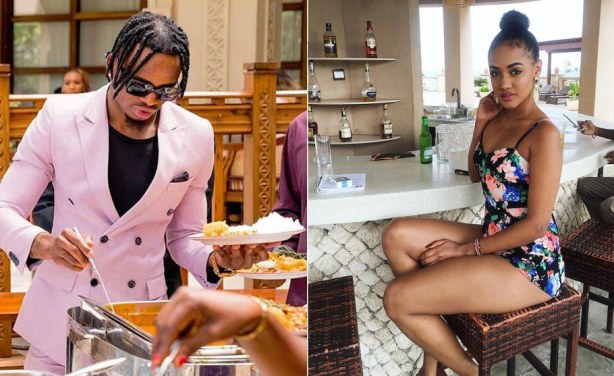 Tanzanian Bongo Flava recording artist and dancer, Diamond Platnumz has disclosed that he is expecting his 4th child with his girlfriend, Kenyan radio presenter, Tanasha Donna.

The couple who has been inseparable since they went public with their relationship last year, made the disclosure at the weekend during a double birthday celebration of the singer’s mother and his partner.

The singer who said he planned to wed the Kenyan radio presenter on February 14, 2019, later called off the wedding.

Diamond says he wants high-profile entertainment figures to be in attendance, such as U.S. rapper Rick Ross and Omarion but won’t be available on that day – so he sadly has to postpone it.

Speaking during an event, the Tanzanian singer said that Tanasha is seven months pregnant with the baby boy expected to arrive within the next two months.

“There is no need of hiding it anymore, she is now seven months pregnant and in two months our family will be bigger,” said Diamond.

This will be Tanasha’s first child and the Tanzanian singer’s fourth. Diamond has three children, two with Ugandan socialite Zari Hassan and one with former Miss Tanzania Hamisa Mobetto.