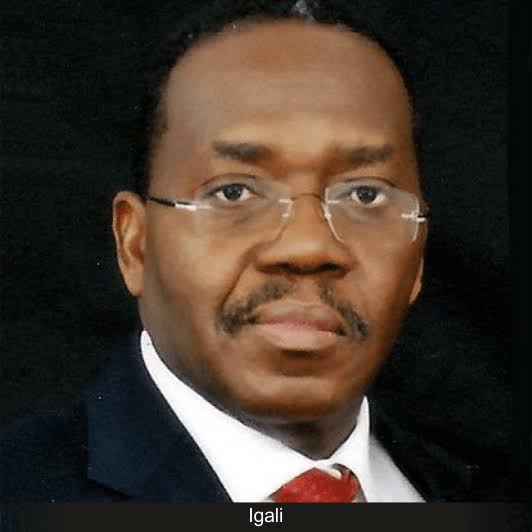 Igali made the pledge while speaking with newsmen shortly after obtaining his nomination and expression of interest forms at the PDP National Secretariat in Abuja, on Monday.

Igali, who is former Nigeria ambassador to Scandinavian, said his focus is to create an entrepreneurial and productive society.

“We are a state where almost everybody work for government or our traditional method of fishing and farming. But there is no state in this country that has the endowment of Bayelsa.

“We have about 30 per cent of oil and gas. We are going to focus a lot on agriculture but we will create jobs.

“We will put a lot of young people into entrepreneurship and productivity. We will make Bayelsa a productive society where everybody is producing something, ”he said.

The governorship aspirant, who is a former Permanent Secretary, Ministry of Power, also pledged to build on the developmental project of the incumbent, Gov. Seriake Dickson.

Igali said that “government is a continuum” and “Dickson has done appreciably well.

“Government is a continuum and you have to continue with what has been done, especially if is in the right direction.

“But there is always a possibility for you to bring your experience, other ideas you have to improve on things.

“Experience comes in different ways: in private sector, public sector and how to make money to be available for governance.”