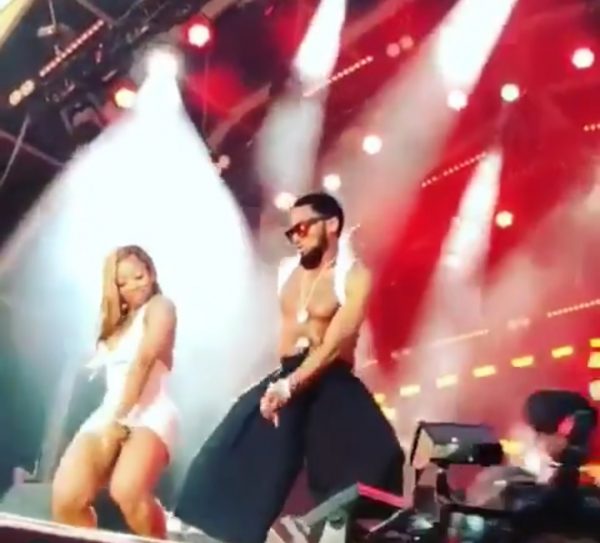 Dbanj on stage in Portugal

‘Give it to me now’, Dbanj the Kokomaster sang commandingly to the raunchy dancer on stage with him at the Afro Nation music festival in The Algarve, Portimao Portugal on Friday night.

And Dbanj, in a post on Instagram Saturday acknowledged that the Kokolet really added some ‘serious fire’ on stage. Watch what happened:

The music festival which began from 1 August will end tomorrow.

The festival touts itself as the biggest urban music beach festival in Europe and an edition is billed for Accra in December this year.