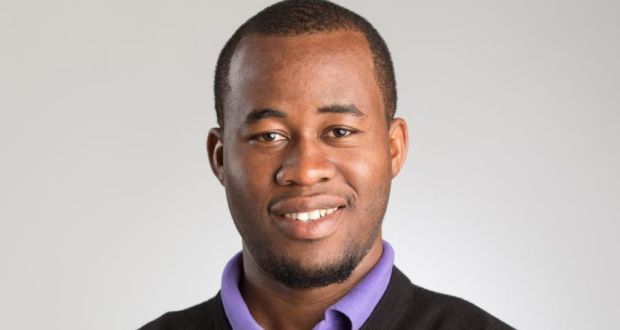 Chigozie Obioma, whose 2015 first novel, The Fishermen, was shortlisted for The Booker Prize, is again on this year’s shortlist of six novels  with his second novel, An Orchestra of Minorities.

The other novels on the shortlist announced in London this afternoon include Quichotte by Salman Rusdie; The Testament by Margaret Atwood; Ducks by Lucy Ellmann; Girl, Woman, Other by Bernadine Evaristo; and 10 Minutes 38 Seconds in This Strange World by Elif Shafak.

The winner of this prestigious prize will be announced on 14 October  at the Guildhall in London.

Chigozie Obioma (born 1986) is a Nigerian writer and assistant professor of Literature and Creative Writing at the University of Nebraska-Lincoln. According to many biographers and book reviewers whose writings were put together by Wikipedia, he has been called, in a New York Times book review, “the heir to Chinua Achebe.” In 2015, he was named one of “100 Global Thinkers” by Foreign Policy magazine.

Of Igbo descent, Obioma was born into a family of 12 children — seven brothers and four sisters – in Akure, in the southwestern part of Nigeria, where he grew up speaking Yoruba, Igbo, and English. As a child, he was fascinated by Greek myths and the British masters, including Shakespeare, John Milton, and John Bunyan. Among African writers, he developed a strong affinity for Wole Soyinka‘s The Trials of Brother Jero; Cyprian Ekwensi‘s An African Night’s Entertainment; Camara Laye‘s The African Child; and D. O. Fagunwa‘s Ògbójú Ọdẹ nínú Igbó Irúnmalẹ̀, which he read in its original Yoruba version. Obioma cites his seminal influences as The Palm-Wine Drinkard by Amos Tutuola, for its breadth of imagination; Tess of the d’Urbervilles by Thomas Hardy, for its enduring grace and heart; The God of Small Things by Arundhati Roy and Lolita by Vladimir Nabokov, both for the power of their prose; and Arrow of God by Chinua Achebe, for its firmness in Igbo culture and philosophy.

Obioma’s first novel,The Fishermen, is being translated into 27 languages and has received several awards. In addition to being listed as a 2015 New York Times Sunday Book Review Notable Book and a New York Times Sunday Book Review Editor’s Choice selection, The Fishermen was named a best book of the year for 2015 by The Observer (UK), The Economist, The Financial Times, the Wall Street Journal, Apple/iBook, Book Riot, the Minnesota Star Tribune, NPR, Library Journal, Canadian Broadcasting Corporation, the New Zealand Listener, Relevant Magazine, British GQ, and others. The Fishermen was also named of the American Library Association‘s five best debuts of spring 2015, a Publishers Weekly book of the week, and one of Kirkus Reviews′ “10 Novels to Lose Yourself In.”

Tags:   Chigozie Obioma   The Booker Prize   whose 2The Fishermen