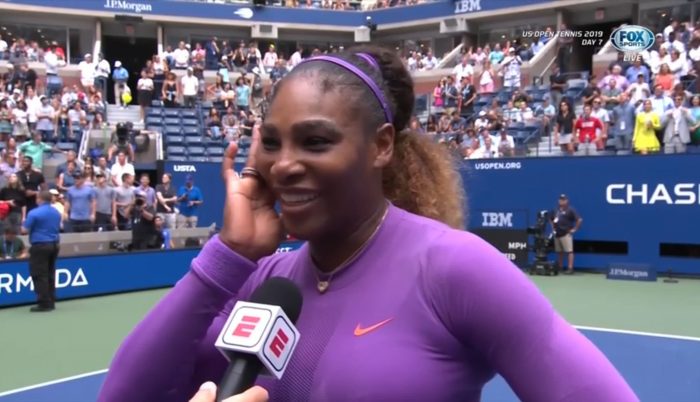 Serena Williams made a light work of her Ukrainian opponent Elina Svitolina on Thursday night, beating her 6-3 6-1 to book a place in the final of the US Open, the second time in a row.

Serena, with an eye on history and also out to avenge her 2016 Olympic loss to the 25 year old player, was dominant from the outset and showed grit and determination.

Serena was even more on fire in the second set, as she broke Elina thrice to seize a commanding victory of 6-1.

“Elina is obviously a fighter, she gets a lot of balls back,” said Williams, pre match.

“She doesn’t make a lot of mistakes. She’s one of those players that do everything really well so I have to do everything well, too,” she added.

It turned out ironical that Serena was the one that cut the image of a fighter than Elina as the Ukrainian did not have any answer to Serena’s game.

Seeded eighth, Williams is looking for her seventh US Open title and her first since 2014.