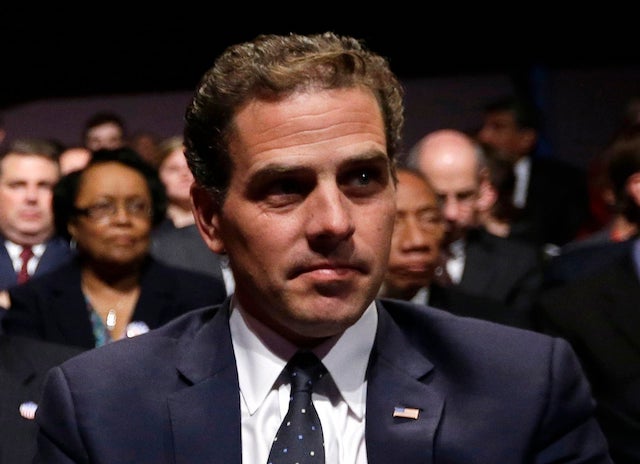 Hunter Biden under probe for his taxes

A Ukrainian investigation of gas company Burisma is focused solely on activity that took place before Hunter Biden, son of former U.S. Vice President Joe Biden, was hired to sit on its board, Ukraine’s anti-corruption investigation agency said.

U.S. President Donald Trump asked Ukraine’s President Volodymyr Zelenskiy in July to investigate whether Joe Biden tried to block an investigation into his son’s relationship with the company, which was drilling for gas in Ukraine.

Trump’s intervention is the subject of an impeachment investigation by the U.S. House of Representatives, with Democrats saying the Republican president was trying to push a foreign leader to smear Joe Biden, a political opponent.

The National Anti-Corruption Bureau of Ukraine (NABU) said it was investigating permits granted by officials at the Ministry of Ecology for the use of natural resources to a string of companies managed by Burisma.

But it said the period under investigation was 2010-2012, and noted that this was before the company hired Hunter Biden.

“Changes to the board of Burisma Limited, which are currently the object of international attention, took place only in May 2014, and therefore are not and never were the subject of (the anti-corruption bureau’s) investigation,” the bureau’s statement said.

Hunter Biden was a director on Burisma’s board from 2014-2018, according to documents filed by the company in Cyprus, where it is registered.

The investigation into Burisma covers a period when Ukraine was governed by a Kremlin ally, Viktor Yanukovich. Burisma hired Hunter Biden after Yanukovich was toppled in a popular revolt in 2014 and replaced by a pro-Western government.

At the time, many Ukrainian firms were seeking to distance themselves from their relationships with the previous, pro-Moscow authorities, and some invited Western public figures to sit on their boards.

Nazar Kholodnytsky, the head of anti-corruption investigations at Ukraine’s Prosecutor’s Office, a separate body to the NABU, said on Novoye Vremya radio that neither Joe nor Hunter Biden had been called in for questioning as part of NABU’s investigation into activities at Burisma.