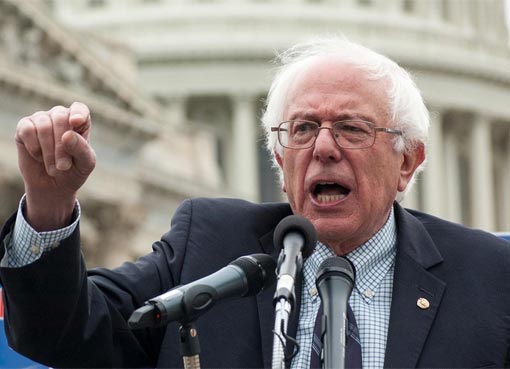 Sen. Bernie Sanders has undergone heart surgery after he experienced chest discomfort during a campaign event , his campaign said.

Jeff Weaver, a senior adviser to Sanders’s campaign, said a medical evaluation of the Vermont senator on Tuesday discovered blockage in one of his arteries, and two stents were successfully inserted.

“Sen. Sanders is conversing and in good spirits,” Weaver said.

“He will be resting up over the next few days. We are canceling his events and appearances until further notice, and we will continue to provide appropriate updates.”

Sanders, the 78 year-old politician is representing Vermont in the US Senate. He is the oldest in the race. Joe Biden, the front runner among Democrats is 76. Donald Trump is 73, while Senator Elizabeth Warren, also a Democrat is 70 years old.