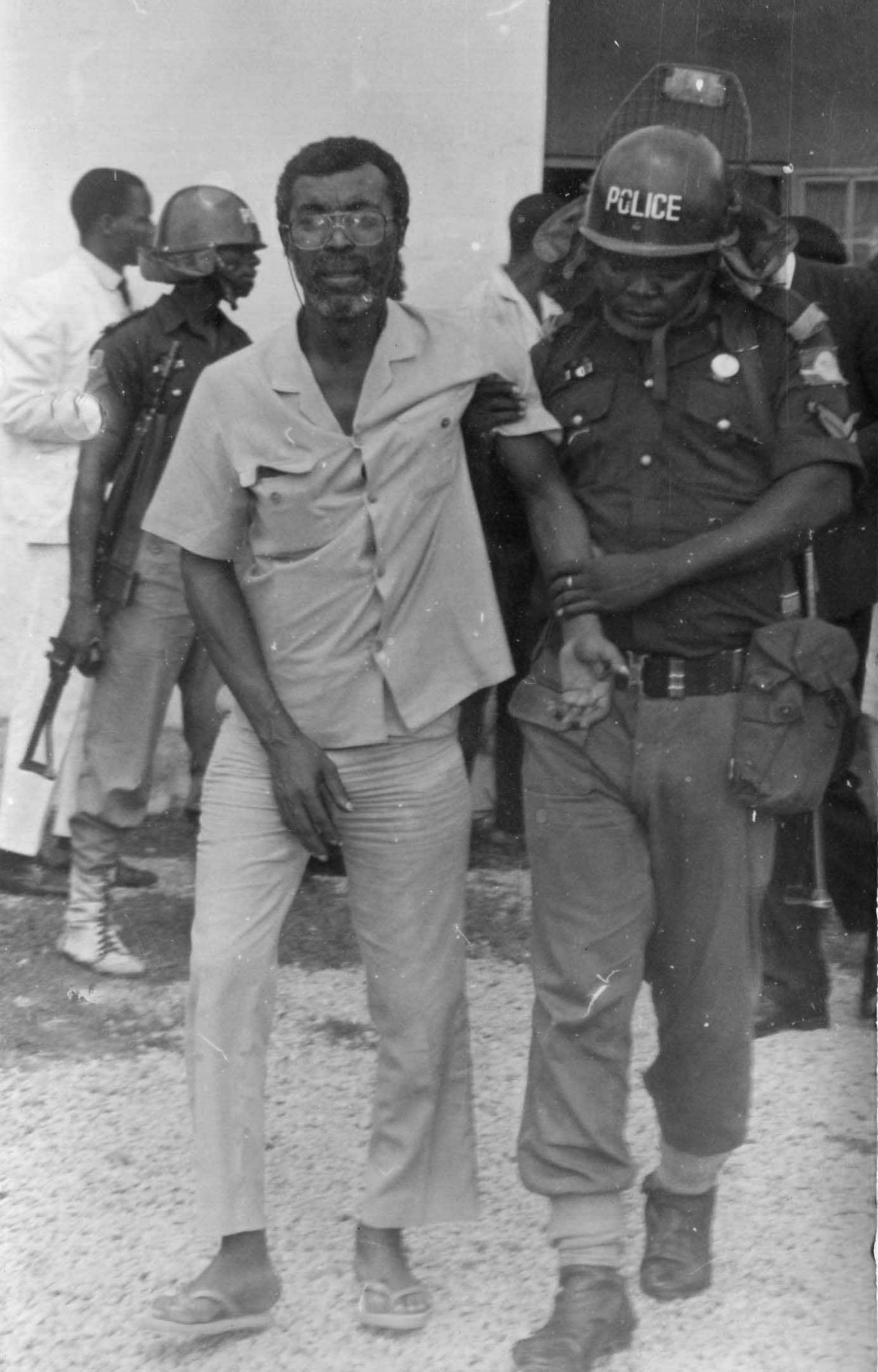 Flashback June 1992: Dr. Beko Ransome-Kuti aided by a security man coming out of the Gwagwalada Chief Magistrate Court in Abuja on Monday (15/06/92) as he and others faced treason and conspiracy charge.

He and others were arrested in connection with the public protest over the regime’s Structural Adjustment Programme and anti-democratic agenda.

The lesson learnt from this led to the formation of Campaign for Democracy, of which he was the co-founding chairman.

It was if Beko and others knew what Babangida had up his sleeves. In June 1993, Babangida annulled the nation’s freest and fairest election won by Chief MKO Abiola. Beko’s CD mobilised public revolt against the military.

In 1995, Beko was again arrested for being an accessory to the phantom coup plot against General Sani Abacha…another charge of treason. He was jailed for life, along with journalists, such as Kunle Ajibade, Senator Chris Anyanwu, George Mbah and Ben Charles Obi. Beko and others were freed after the death of Abacha in 1998.

His offence then was that he helped to distribute a statement by one of the soldiers arrested for the plot.

The memories of his struggles are simply unforgettable, now that two Nigerians, Omoyele Sowore and Olawale Bakare, a student are now facing a similar charge for treason for talking about ‘revolution’ and cyberstalking President Muhammadu Buhari.

How this country never changes!