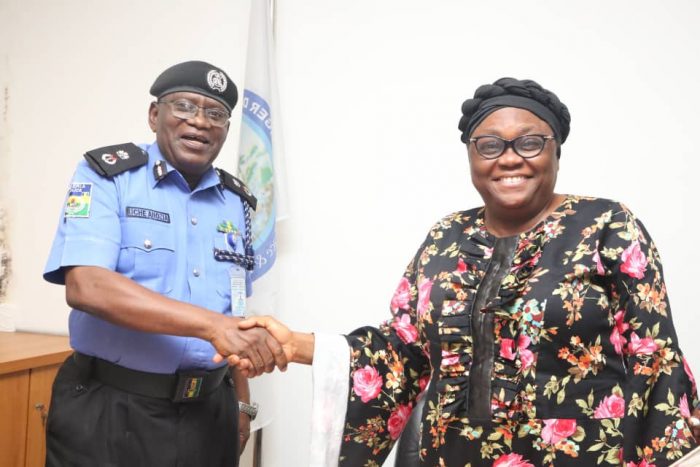 The Bayelsa State Commissioner of Police, Mr Uche Anozia, has appealed to the Niger Delta Development Commission (NDDC) to assist it in checking the flood ravaging its headquarters and some stations in Yenagoa.

The Police boss, who was accompanied by the Deputy Commissioner of Police, Mr Jide Kolawole, made the appeal when he paid a courtesy visit to the NDDC Acting Managing Director, Dr Akwagaga Enyia, at the Commission’s headquarters in Port Harcourt.

Anozia lamented that flood had submerged some police stations and barracks under his command and called for urgent assistance from the NDDC to help in restoring full operations in the affected areas.

“I am seeking intervention with regard to an emergency situation confronting my command. The current flood has submerged most of Bayelsa State Police headquarters and other police posts.”

Responding, the NDDC Chief Executive Officer, Dr Enyia, regretted that the police have had to operate under very difficult conditions. She assured the police that as an interventionist agency, the NDDC would urgently review the situation and act appropriately.

She said that the NDDC would continue to support the police with equipment and other things that can make life easier for those who spend nights and days to protect life and property in the country.

Earlier in July, the NDDC had informed the Commissioner of Police, of its plans to construct a new headquarters and police barracks for the Bayelsa State Police Command, which had been in a makeshift building since the creation of the state.