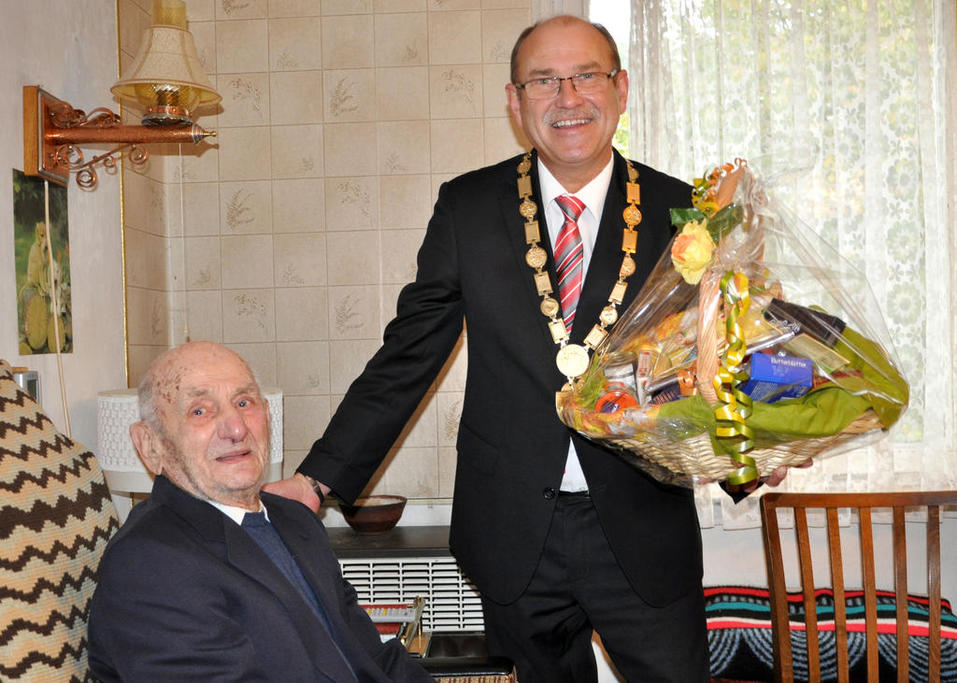 Gustav Gerneth, the person believed to be the oldest man in Germany on Tuesday celebrated his 114th birthday.

Mayor Bernd Poloski visited Gerneth at his home in the north-eastern town of Havelberg, bringing him best wishes from politicians, a gift hamper with Gerneth’s favourite candy and flowers.

As in previous years, Gerneth spent his birthday only with a small group of people. The celebration also featured a Frankfurter Kranz, a ring-shaped buttercream cake.

“He is still interested in things, especially in football,’’ Poloski said.

Gerneth is a trained machine operator and was born on October 15, 1905, in what is now the Polish city of Szczecin.