Strike looms as Labour, FG yet to reach agreement 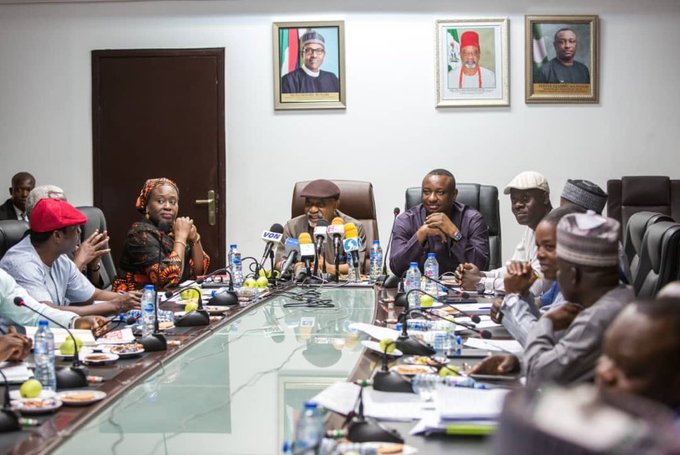 File photo: FG and labour leaders at a meeting in October 2019

Hours into the midnight deadline for industrial action over the minimum wage agreement between labour and the Federal Government, both sides have not reached a concensus.

Labour had resorted to the strike option from Oct. 17 if the government failed to reach a concensus with it on Oct. 16 over the consequential adjustments of the minimum wage.

At the ongoing meeting, the organised labour and representatives of the Federal Government broke into discussions to consider both positions on the minimum wage.

The meeting which commenced 5:00 p.m. is yet to reach any agreement following a breakout session by both government and labour teams.

As at the time of filling this report, both groups are still in breakout sessions.

Festus Keyamo, Hon. Min. of State, Labour & Employment, also urged Nigerians to “Kindly ignore the trending story that the Federal Government has agreed with Labour a 20% and 13.5% consequential adjustments for workers on Grade Levels 7- 14 and 15- 17 respectively.”

Keyamo added that discussions are ongoing. “As you can see, we are still discussing this minute.”