Four members of one family die in tragic accident 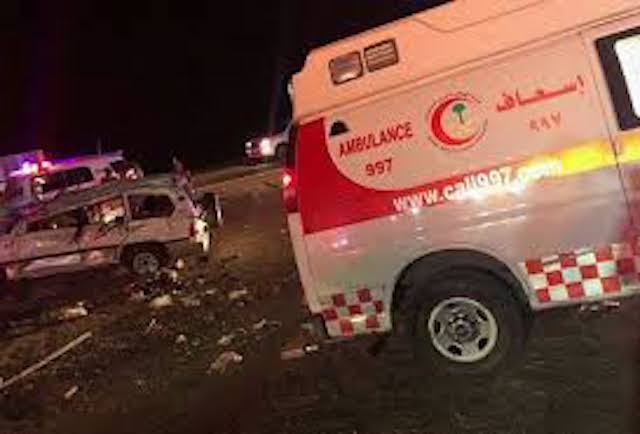 Five persons, including four members of one family, who have not yet been identified, were killed as two cars were gutted by fire after a collision.

According to Gulf News, the accident occurred Saturday night on a road in the western Saudi city of Al Madina, Khalid Al Sehli, the spokesman for the Saudi Red Crescent in the region, added in media remarks.

Alerted about the mishap, the region’s medical authorities dispatched three rescue teams to the scene.

“When the first team arrived, it was clear that the two cars were on fire and all those inside died,” he added.

The deaths included a man, a woman and two children from one family and another man in the second car.

The two cars were charred as a result of the accident, the cause of which is not clear yet.

Road crashes resulted in 10,961 deaths in Saudi Arabia in 2017, according to official figures. The tragedies were mainly attributed to reckless driving.