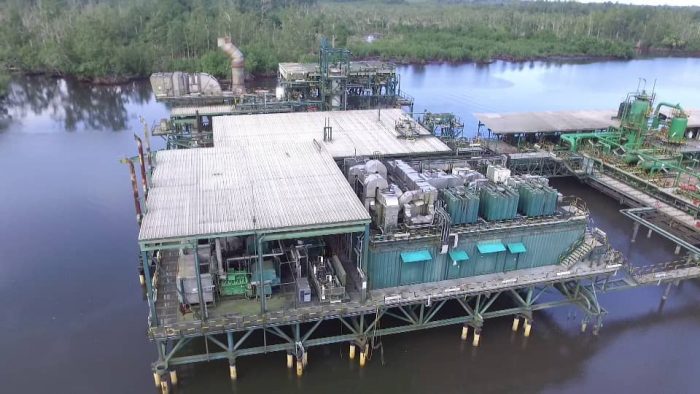 The Traditional ruler of Belema, one of the host Communities, King Ibinabo Kalaoriye, who raised the alarm on Wednesday claimed that youths allegedly working for an indigenous oil company stormed OML-25 flow station on Tuesday and disrupted production.

King Kalaoriye who did not state the grievances of the invaders, called on the government and security agencies to investigate and arrest those who invaded the flow station, thereby disrupting the production of over 35,000 barrels of crude oil per day.

The controversial OML-25 flow station, which was shut down and occupied by women and youths of host communities of Belema Offoin-Ama and Ngeje in Akuku-Toru Local Government Area of Rivers State since August 2017 was officially re-opened on amid celebrations on Saturday, September 28.

According to the traditional ruler, “Shell is the operator of the flow station. Government should not allow militants and criminals to create crisis in the Niger Delta beginning from the crisis in Belema flow station. Belema community is ready to create enabling environment for businesses, indigenous and foreign oil companies to operate in the area.”

He pointed out that the federal government lost such revenue when the flow station was shut in August 2017, until it was officially reopened on Saturday, September 28.

Our Correspondent reports that the only indigenous oil company that also has a stake in the Belema OML-25 flow station is Belema Oil Producing Limited. But it was not clear as at press time whether it was the company being alluded to by the traditional ruler.

However,at time of filing this report, neither Belema Oil Producing Limited or SPDC has issued a statement on the alleged invasion.