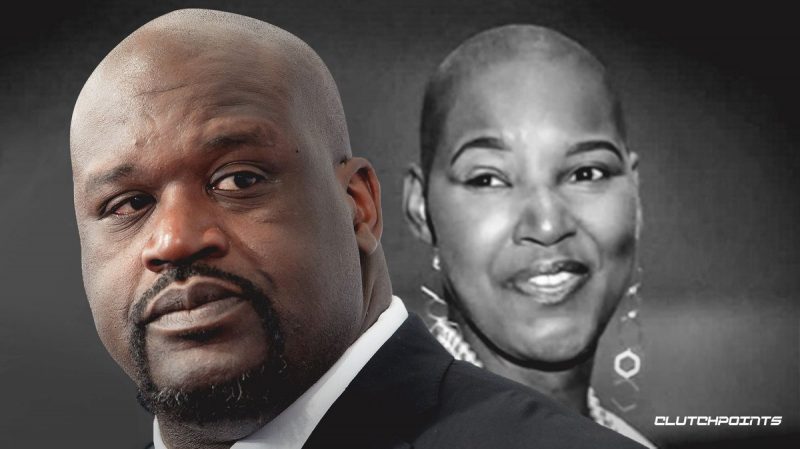 NBA legend Shaquille O’Neal has lost one of his siblings around whom he said his life revolves.

The former Los Angeles Laker, 47, did not appear in his regular slot on TNT’s Inside the NBA Thursday amid the family tragedy, as he remained with relatives in Orlando, Florida.

‘He said his world revolves around his brother and two sisters and he lost one of his sisters this morning far too early at the age of 40, from cancer,’ Johnson said on the broadcast.

Ayesha Harrison-Jex was mother to a son named Bryce and graduated from Florida A&M with both bachelor’s and master’s degrees, according to Johnson.

‘Trying to put into words the way Shaquille has reacted to this and he’s struggling … hearts are breaking in Shaq’s family and in our family as well,’ Johnson said. ‘When he struggles, we struggle with him because he’s one of our brothers … basically the big fella, who I’ve described as the biggest kid in the world, his heart is breaking.’

He wrapped up in addressing O’Neal in saying, ‘Big fella, you hang in there.’