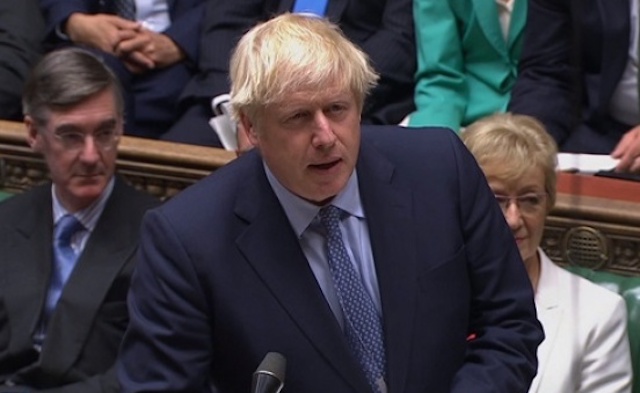 Johnson failed to amass the two-thirds majority of MPs he needed for a poll. The result was 299 for and 70 against.

The prime minister is now expected to back a Liberal Democrat plan to change the law in order to secure an early election, although the parties do not yet agree on a date.

The Liberal Democrats want a date of December 9th while students are still at university, but the Tories favour December 12th after some have broken up for Christmas.

Jeremy Corbyn, the Labour leader, suggested his party could also back the Lib Dem plan after coming under pressure to back an early poll. The party has been saying that it cannot support an election until a no-deal Brexit is removed as a risk.

“We will consider carefully any legislation on an early election,” he said, adding that a date needed to be locked down in law to prevent Mr Johnson trying to move it for his own advantage.

Mr Corbyn also suggested he would want it to be earlier than December 12th, before students have broken up for the winter holiday, saying any plan would need to “protect the voting rights of all of our citizens”. – Guardian