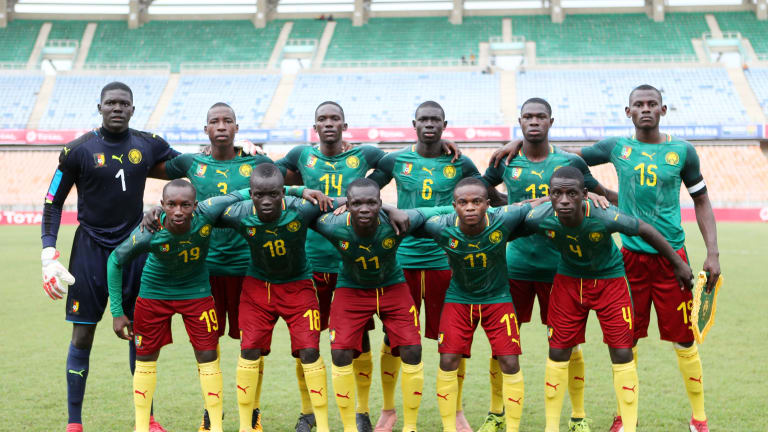 Cameroon's U-17 team in Brazil: upset by Tajikistan

Cameroon, Africa’s Under-17 football champions were upset in their Group E match by Tajikistan, losing 0-1 and thus becoming the only African team at the tournament in Brazil not to win their opening match.

Other African representatives, Nigeria, Angola and Senegal all won their opening matches.

Tajikistan’s victory was their second second win ever at a U-17 World Cup, their first coming twelve years ago against USA.

They were able to beat Cameroon via a penalty. Tajikistan’s head coach, Zaynidin Rakhimov, made a perfect pair of half-time subs – Amadoni Kamolov and Rustam Soirov came off the bench and combined to win the penalty kick that sealed the game.

And for Cameroon, it was a woeful outing to mark their return to the tournament after 16 years. They next face Argentina on 31 October, while Tajikistan will face Spain.

In the other match in the group, South American kings Argentina settled for a goalless draw with Spain.

In the other results on Monday, Italy thrashed Solomon Islands in Group F, while Mexico and Paraguay played a goalless draw.

In Italy’s whitewash of Solomon Islands, 15-year-old Inter Milan prodigy Wilfried Gnonto, Italy’s youngest player, stood out. Gnonto, who turns 16 on 5 November, torched Solomon Islands defenders for two goals and one assist in a 10-minute span during the first half.