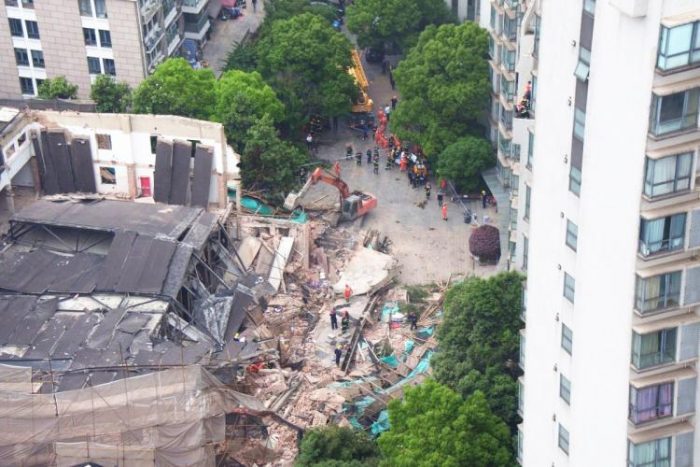 Two people are dead with 11 others still trapped in a polymetallic mine in southern China’s Guangxi Zhuang Autonomous Region after a roof collapsed, local authorities said Friday.

An earlier report said that nine people remained trapped in the shaft. A further investigation shows that a total of 11 people have been stranded in the accident.

According to Xinhua, the accident happened around 6:30 p.m. Monday at a polymetallic mine in Daping Village of Nandan County when a stope roof collapsed, killing two miners.

Preliminary estimation showed the collapse was about 75,000 cubic meters in volume, which caused a rock-burst.

The mine belongs to a local mining company, which did not report the accident in a timely manner but tried instead to conceal the records of the production and the workers, according to local police.

Eight people have been put under criminal detention, and rescue work continues, the news medium reported.