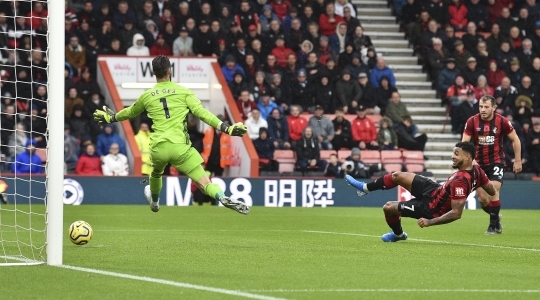 A 45th minute goal from Joshua King condemned United to another league defeat away at Bournemouth on Saturday, a result which cast aspersion on the 2-1 victory over Chelsea in the Carabao Cup mid-week.

Adam Smith had played a terrific cross over to Joshua King, who found some space inside the box and puts the ball into the back of the net.

Bournemouth almost make it two goals on 76th when Harry Wilson received a low pass just outside the box and unleashed a fine strike towards the bottom right corner.

David De Gea pulled off a reflexive save to block his effort and diverted it to a corner.

On 83 minutes, Mason Greenwood wasted a clear opportunity to equalise for United as he fired a first-time shot from point-blank range, but it rattled the right post.