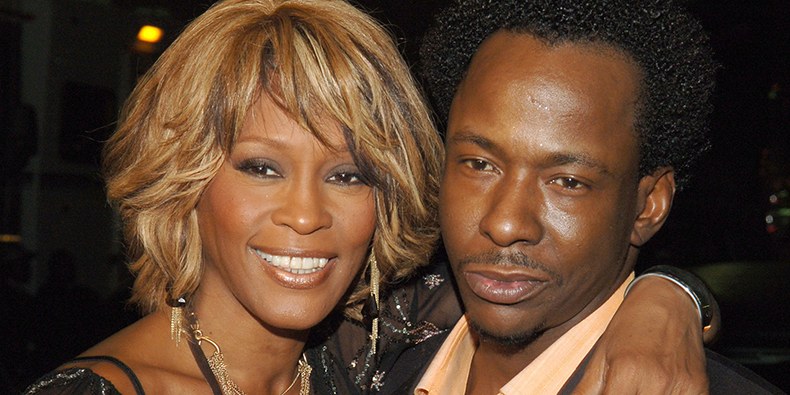 Robyn Crawford, an actress, friend and lover to Whitney Houston has claimed in her new memoir that comedian and actor Eddie Murphy made an 11th hour attempt to stop Whitney from marrying R&B’s bad boy, Bobby Brown.

Robyn made the claim in her book, A Song For You: My Life With Whitney Houston, in which she also claimed she and Whitney were secret lesbian lovers.

According to her account, Eddie Murphy, also rumoured to have dated Houston, called Houston on her wedding day to tell her that marrying Bobby Brown was a ‘mistake’.

Whitney Houston went ahead with the wedding on 18 July 1992. She died ten years after in 2012 at the age of 48. She drowned after a cocaine overdose.

‘She(Whitney Houston) was more interested in Eddie Murphy [than Bobby], but he was elusive,’ Robyn writes in the book which is being excerpted by People. Recalling a particular incident,

Robyn said: ‘One day when Eddie was supposed to come for dinner, I caught a glimpse of Whitney. She was wearing a black dress and low-heeled slingbacks. For a moment, I thought “Boy, I wish she was doing that for me”.

‘[Eddie] never showed up that night.’

According to Robyn, Eddie had a realisation on the day Whitney was set to marry Bobby and allegedly begged her in a phone call not to go ahead with the wedding.

‘[That day] Eddie Murphy called to say she was making a mistake but she pressed ahead,’ Robyn writes.

In another chapter of the memoir, Robyn breaks her silence on the famous rumours she herself was romantically involved with the I Will Always Love You singer.

Robyn, 58, confirms that she had a ‘physical’ relationship with Whitney and were indeed secretly lovers in the ‘80s.

She writes: ‘We wanted to be together and that meant just us.’

However, Whitney reportedly ended their romance shortly after signing her momentous record deal with Clive Davis at Arista.

Robyn recalls: ‘She said we shouldn’t be physical anymore because it would make our journey even more difficult.

‘She said if people find out about us, they would use this against us and back in the ’80s that’s how it felt. I kept it safe. I found comfort in my silence.’