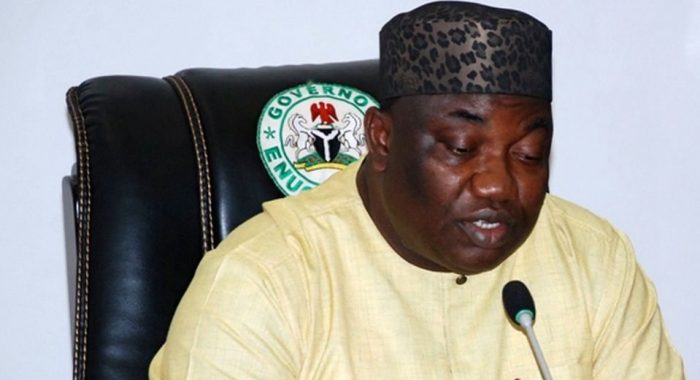 Gov. Ifeanyi Ugwuanyi of Enugu, on Saturday, urged traditional rulers and community leaders in the state to create peace atmosphere for the execution of World Bank-assisted projects in their domains.

Ugwuanyi made the call in Enugu at the presentation of N11 million cheques to members of Community Project Management Committee (CPMC) and Gender and Vulnerable Groups (GNG) from 11 communities in the state.

The governor, who was represented by the Commissioner for Rural Development, Chief Emeka Mamah, reiterated that development of rural communities remained part of his administration’s four-point cardinal programme.

He added that government would not relent in its efforts at transforming rural communities in the state.

“It will be difficult to have meaningful projects in a place where there is disunity and rancour.

“I implore you all to embrace peace and work together to get the desired result at the end of the day. We do not want crisis of any sort in your respective communities.

“You all know that the projects are community-driven and we expect you to carry out your assignment with utmost sincerity.

“The projects were initiated by you and we expect fraud-free execution of the projects as well.

“We frown at crisis of any type in your communities, as this can derail the execution of the projects,’’ Ugwuanyi said.

Earlier, Dr Maximus Asogwa, General Manager, Community and Social Development Project (CSDP), said that kudos should be given to the governor for keying into the World Bank-assisted projects.

Chief Sam Ejiofor, a community leader from Ifunanya Okpo, who spoke on behalf of the communities, lauded the state government for providing dividends of democracy to the people through the World bank-assisted projects.

Ejiofor promised judicious use of the funds allocated for the projects, adding that many communities had been developed through World Bank-assisted projects.

According to the News Agency of Nigeria (NAN), the projects expected to be executed by the communities include boreholes, market stalls, health centres and school blocks.