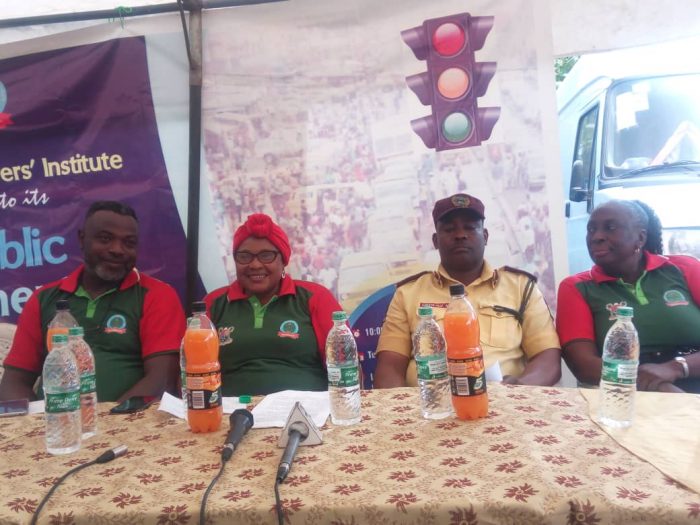 The Lagos State Drivers’ Institute, LASDRI says it has  trained over 30,000 drivers between January and October, 2019.

According to her, the campaign had over 500 Tipper drivers attached to the garage in attendance, saying that it would go round other garages in Lagos.

Tiamiyu stated that the campaign was for drivers to know what was expected of them and what to do on the roads to be better drivers and to expose them to basic technology, saying “we want zero tolerance for accidents especially during this festive period.

“Accidents don’t just happen, they are caused majorly by drivers, that is why we have brought our services to them to let them know that Lagos State Government values their lives and has passion for safety of lives and property, we want them to be better drivers and to continue to drive and be better drivers.

“This is the added contribution that the Lagos State Drivers’ Institute makes to our lives while training professional drivers as part of being the fulfillment of the government for efficient traffic management and transportation in Lagos State.”

Tiamiyu appealed to motorist to desist from road vices such as speed violation, overloading, drunk driving, use of cell phones, non-use of seat belt, over-speeding, dangerous driving, traffic lights/sign violation, lane indiscipline, use of worn-out tyres and underage driving to avoid being prosecuted.

According to her, “Lagos State Government, through our Institute, hereby calls on drivers, commuters and other stakeholders in the transport business to imbibe these simple but profound steps to ensure these Ember months are accident free.

“From all indication, the Lagos State Drivers’ Institute (LASDRI) finds it imperative to embark on sporadic enlightenment campaign to curb this ugly development to reduce this carnage on our roads and also to perform on-site training for professional drivers, especially tipper drivers, which happen to be among our mandate.”

The LASDRI boss said there was the urgent need to unlock the traffic gridlock in Lagos, as “a lot of man hours are spent on the roads as a result of traffic gridlocks. As the roads are so important to our daily lives, their (drivers) quality or lack of it thereof determines when and how we get to our destination which ultimately has an effect on the efficiency of our economy.

“If time is money, then efficiency on our roads means less time is spent in travelling, and that time becomes available for us to do other important things. It means less fuel is burnt in traveling, money is saved for other things and an improved quality of life, more time for the family and money to spend on them from savings made from efficient transportation.”