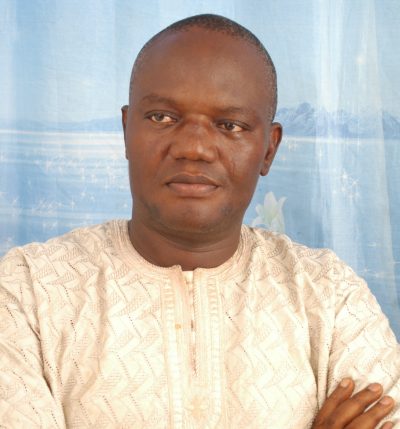 I have written a few weeks back about the lamentation of the 14th Emir of Kano, Alhaji Lamido Sanusi II. However, the critical mass of Nigerians still seems to be going about their daily social activities as if all is well. Indeed, all is not well. Something frightening is in the offing! In reality, worse things than what Sanusi pointed our attention to are in multiple ways happening all around us.

While it may be good enough to pretend as if they are not there, the earlier Nigerians pay attention to them before they snowball into a tornado of unimaginable cataclysms, the better for the health of our country.

In the First Republic, for example, there was the issue of corruption and the influence of money. However, it was not as pervasive as we have it now. And there are reasons for that! First is the phenomenal surge in commitment and political participation. The percentage of the population that was actively involved in politics at the time was not as alarming as it is today. Secondly, people contributed money – as members and co-owners of the party – to finance party activities. Nowadays, reverse is the case! Political parties are formed and people are invited to join. And, the party, through its co-owners, sponsor candidates, finance the day-to-day running of the party and determine what happens in the party. And each ‘party owner’ must be a moneybag. Otherwise, the party will not fly!

From the Second Republic, money politics approached a different, dangerous dimension; and only God knows where Nigeria is now headed. Today, if you ask anybody who is a member of a political party in Nigeria how much he or she has contributed to the purse of his or her party, the response will certainly shock you. That is why carpet-crossing thrives; and why commitment to party ideology and manifestoes is superficial at best. This is a very critical challenge but, unfortunately, it has not been addressed because Nigerians are not paying attention!

When we talk about money politics, we are talking about how money influences and affects our political engagements and participation. To be sure, a robust understanding of the basics of the negative effects of money-politics gives meaning and intelligibility to the greed and Modus Operandi of most governments. When people, who are apathetic to democratic ideals, development and Public Administration, come together as a formidable force, it then becomes problematic for the society.

Most political gladiators and public servants are aware of this, but, unrepentantly, always acquiesce. Thus, impunity comes in; accountability becomes a problem; and transparency is completely absent! There and then, party hierarchies will remain what they are because people will not be responsible to the party but only to their bellies. Once this happens, it goes back to what Sanusi talked about because money politics ensures that people begin to have a feeling or belief that “money answereth all things.”

More than just talking, there is a malaise invented by the military; and that is the demystification of the power of the political party in Nigeria. For lack of a better word, it was nothing but a muzzling of the social institutions in the country such that the military appeared like a Leviathan. Of course, this ‘might-is-right’ succession mentality succeeded in crippling that aspect of our social institutions; and all eyes could see it.

Sadly, we are yet to recover from it! Not even in this incredibly complicated clime where good is repaid with evil and loyalty is rewarded with abandonment. Anyway, that’s a story for another day!

In 2016, Donald Trump won America’s presidential election because of certain factors which the Democrats didn’t see; which, again, they are yet to figure out! But Leon Trotsky saw it! Marx Weber saw it! Anthonio Gramsci also saw it! These men are majorly conflict theorists whose works revolve around peace in order to have prosperity! Put in concise terms, the common denominator, as we speak, is poverty. That the people are hungry is no doubt a minus for any party that claims to be people-centric in its affairs.

Forget the wattage of excuses and messianic propositions that are only worthy of utopian solutions. The frightening truth is that poverty is endemic in Nigeria and Nigerians have existential needs! Although there is an unrestricted free flow of cash in the country, majority of the population are cash-strapped; which explains why politicians move from house-to-house, on the eve of elections, to exact oaths from prospective voters.

All said, can there be an end to money politics in Nigeria or has this debilitating cancer, currently devouring Nigeria’s political firmament, come to stay? Well, when the people wake up in the morning without an assured way of life sustenance, it then means that the real issues have not been addressed. It is the same reason a hungry voter will continue to compromise his or her conscience. Unfortunately, ‘owners of Nigeria’ have refused to listen to the ground with a view to legislating against this oddity of crass materialism and naira-centred politics.

Again, that is why the toilers are starving only for the stealers to continue to act as if the people don’t matter in their scheme of things. So, until we have effective equity in the control and distribution of the commonwealth of this country, the balance between life chances and economic prosperity of the majority will remain very thin and threatened. Until issues relating to economic slavery are dealt with, there will neither be peace nor prosperity.

Basically, if the critical mass of the society is saying that an election has no meaning, such an election will not only lose credibility, the resulting government will also give life to illegitimacy. Once an election lacks legitimacy, the emerging government automatically lacks authority. And the lack of authority will always be in constant conversation with chaos!

If a formed government does not derive its oxygen from the active support and backing of the critical mass of the society, the possibility of that government collapsing is, without doubt, very high. Jokes apart, it is like a suicide mission! Remi Fani Kayode, Adegoke Adelabu and Ladoke Akintola understood that precept. Lamidi Adedibu only came later to expand the horizon of the philosophy! And that’s the danger of what we are discussing here!