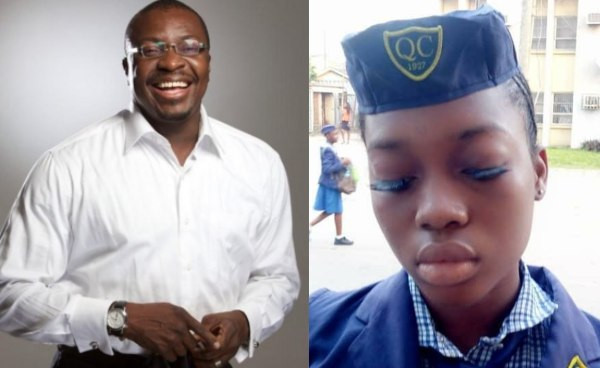 A video of a Queens College parent fighting the school security guard has since gone viral on social media after her daughter was sent away for wearing eyelash extensions.

It was reported that the security guards of the government-owned girl’s secondary school sent the student away for fixing eyelashes.

Many internet users have since taken to the platform to react to the video.

Ace Nigerian comedian, Alibaba also took to his Instagram page to react to the viral video.

The comedian who mockingly wished the student’s mother a Happy Mother’s Day stated that there are rules in the school.

He also added that he will use the comments passed off over the viral video to weed out people he described as “senseless” from his timeline.