Mahrez wins man of the match as City edge Chelsea 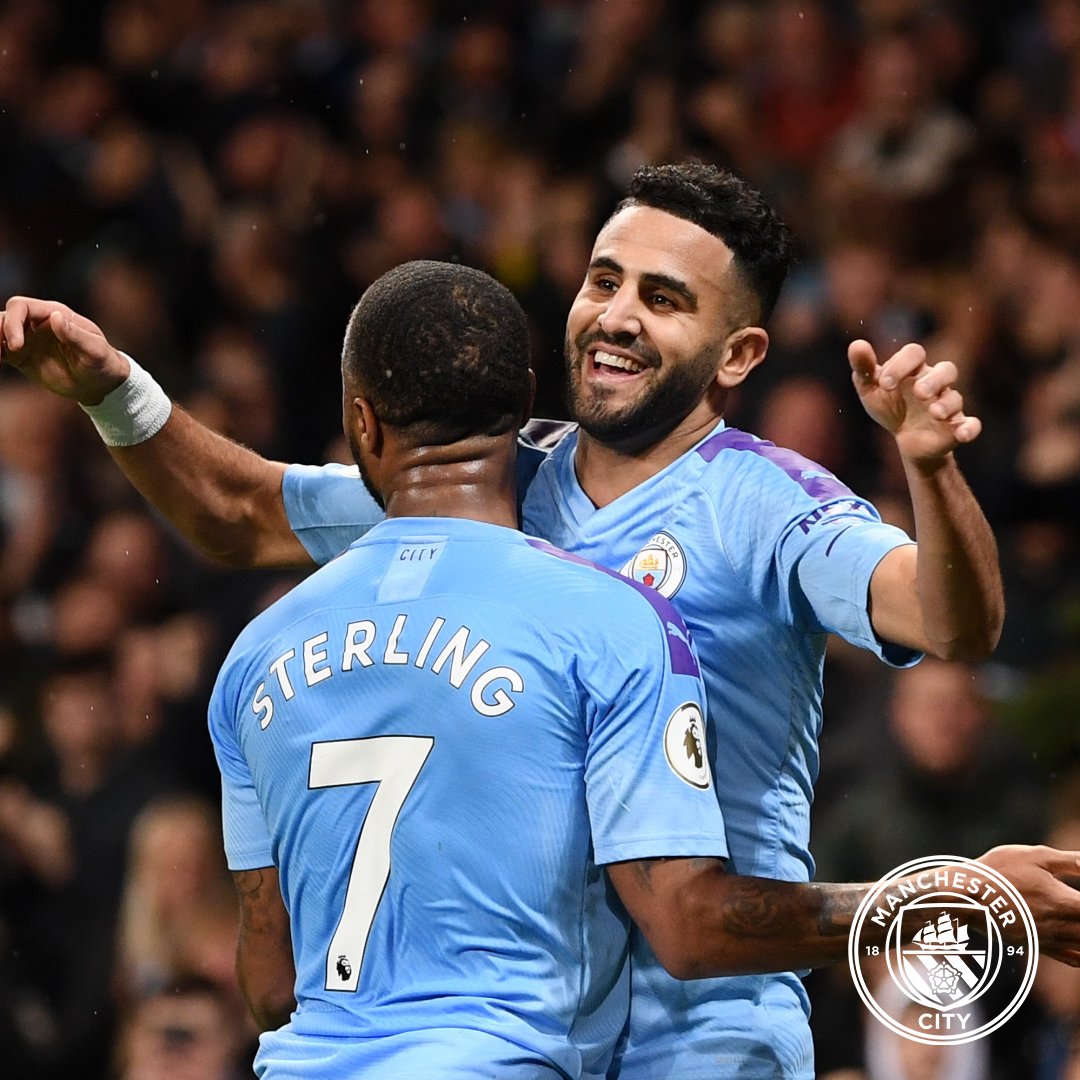 A moment of brilliance from Riyad Mahrez ensured City emerged as 2-1 victors in an enthralling, end to end clash with Chelsea at the Etihad Stadium.

The Algerian won the game with a move that has become his trademark, cutting inside onto his favoured left foot and picking out the bottom corner after Kevin De Bruyne’s deflected effort had cancelled out N’Golo Kante’s opener.

Much was expected before kick-off, as City, the league’s best exponents of fluid attacking football came up against Frank Lampard’s free-scoring youngsters and the two teams certainly delivered.

Chance after chance was created, but the defending champions arguably carved the better opportunities and to take all three points and move up to third in the Premier League.

Pep Guardiola had expressed his appreciation for Chelsea’s style of play beforehand and both sides played their part in what was an entertaining game from the get-go.

De Bruyne was a whisker away from opening the scoring after Sergio Aguero freed him on the right, and in a carbon copy move with Abraham, Willian went just as close with the game barely 10 minutes old.

It was a frantic start, but the visitors hit their stride earlier than City.

Fikayo Tomori drilled wide when Ederson looked to be beaten after the hosts failed to clear a corner, before a Willian-inspired counter-attack saw Emerson fire straight at the keeper.

Chelsea looked dangerous running in behind and when Mateo Kovacic picked out Kante’s burst forward, the Frenchman held off Benjamin Mendy and squeezed the ball between the defender and Ederson to deservedly give his side the lead.

De Bruyne levelled within 10 minutes, his low effort deflecting off Kurt Zouma to wrong-foot Kepa after a sharp turn had left Jorginho on the seat of his pants before Mahrez again proved his ability to create something out of nothing.

Shadowed by Kovacic and Emerson, the visitors looked to have things under control, but the Algerian slalomed inside the pair and arrowed through Zouma’s legs to put City ahead.

There were further stomach-churning moments for Lampard’s men as Atkinson waved away penalty protests after Aguero tumbled under Tomori’s attention and then on the stroke of half-time the Argentine was denied by the crossbar when Kepa miscued straight to his feet 20-yards from goal.

The game continued to ebb and flow after the break, with City just edging proceedings as both sides continued to attack with vigour.

Mahrez twice went close, firing wide following another mazy dribble and forcing Kepa into a fingertip save from a corner, while Chelsea were grateful for Cesar Azpilicueta, who denied Joao Cancelo inches from the goal line.
But Lampard’s team were never truly out of the game and continued to ask questions of the City defence.

Fernandinho made a crucial near-post block from Kante and it was heart in mouth stuff when Ederson stuck out a hand to tip Willian’s dipping effort away.

That was repeated in the dying seconds, when Mason Mount stood over a free-kick, but the Etihad breathed a collective sigh of relief as Ederson watched it fly past his post.

Raheem Sterling had the ball in the back of the net before the whistle sounded, but was adjudged to be offside after Atkinson consulted VAR.

MAN OF THE MATCH: RIYAD MAHREZ
De Bruyne’s all-action display also lays worthy claim to being the game’s star performer, but Mahrez gets the nod on account of his match-winner.

The 28-year-old has the knack of turning what appears to be non-threatening scenarios into goal scoring opportunities that have defenders on their heels.

He was a constant menace on City’s right flank and on a pitch littered with game-changers, he was the one who delivered.

PEP’S REACTION
“It was a top game against a top side. Chelsea have been a big quality for the past 20 years. When they went ahead in the best moments they had we scored through Kevin de Bruyne. then we missed a lot of chances.”