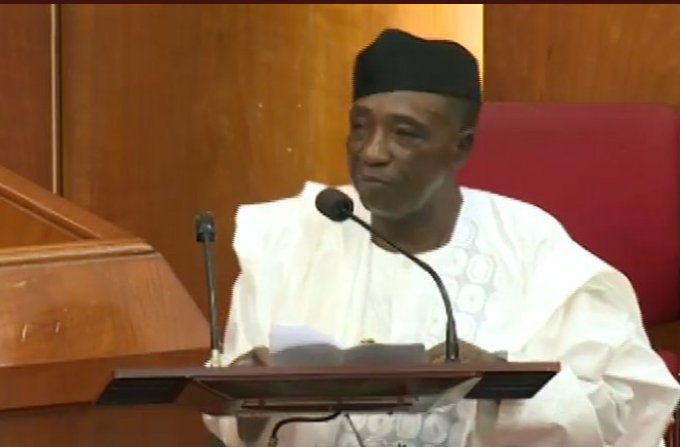 The Federal Government has signed a Memorandum of Understanding (Mou) with the Sasakawa Africa Association (SAASG2000) to tackle the problem of post-harvest loss and other concerns in the agricultural sector.

The Minister of Agriculture and Rural Development, Mr Sabo Nanono, made this known in a statement signed by the Ministry’s Director of Information, Mr Theodore Ogaziechi, in Abuja.

Nanono noted that the collaboration with Sasakawa would focus on transfer of appropriately tested and acceptable knowledgeable know-how and technological package on selected agricultural commodity value chain.

He further said that it would benefit commercially oriented smallholder farmers, particularly women and youths while ultimately improving the country’s agricultural productivity and production, food security and nutrition among others.

He pledged federal government’s support for Sasaakwa initiatives in Nigeria, which he said was in line with President Muhammad Buhari’s Next Level Agenda of achieving food security and economic growth in Nigeria.

The Executive Director, NIPPON Foundation, Mr Ichiro Kabasawa, said that the organisation would lead in influencing inclusive transformation of Agriculture in Africa.

According to him, the effort will help in empowering smallholder-farmers and sustaining increased productivity and income in response to market demand.

He further said that Nigeria will increase its investments in nutrition to secure the health and well-being of mothers and children for better economic growth in the country.

Kabasawa pointed out that as of December 2018, the programme promoted demand-driven and value chain-oriented curriculum in 26 institutions, including 24 universities and two agricultural colleges across nine African countries.

He stated that in 2019, the organisation made a strategic shift that allowed it to make interventions more effective and efficient with better synergy and coordination.

According to him, the Director, Federal Department of Agriculture Extension, Mrs Karima Babangida, said that the collaboration has improved productivity and strengthened extension delivery for 2018/2019 cropping season in six states.

The MoU was to deepen, expand, consolidate and sustain the overall Nigerian economic objective as enshrined in the Agricultural Promotion Policy (APP).

The Federal Ministry of Agriculture and Rural Development and Sasakawa collaboration implementation strategy was reviewed to achieve better results under six thematic areas.