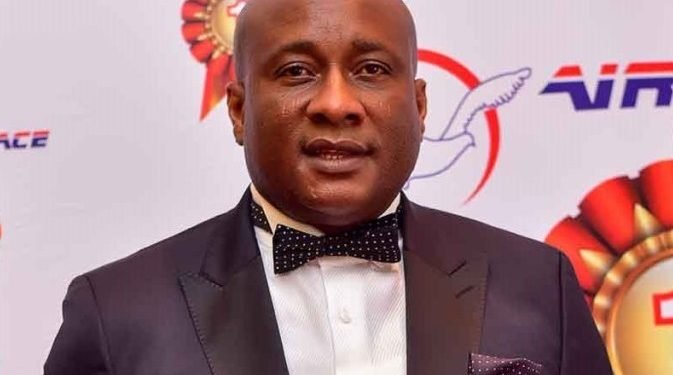 Chairman, Air Peace Limited, Allen Onyema has dissociated himself from a purported sponsored human rights case filed  at the Federal High Court, Abuja on his behalf.

Onyema, in a statement issued by his counsel, A.O Alegeh, said the attention of the Air Peace boss had been drawn to news reports now trending in the social media suggesting that an Abuja based Legal Practitioner, Mr. Johnmary C. Jideobi, has instituted an action in Suit No. FHC/ABJ/CS/1446/2019 – Johnmary C. Jideobi v. Federal Government of Nigeria & Ors at the Federal High Court, Abuja Division, purportedly seeking the enforcement of our client’s fundamental human rights.

“We hereby state on behalf of our client, that at no time did he instruct the said Mr. Johnmary C. Jideobi to institute any action on his behalf in respect of the subject matter of the Indictment now pending against him in the United States of America.

“Our Client has no knowledge of the said action and did not consent to the filing of same. As a matter of fact, Our Client does not know the said Mr Johnmary C. Jideobi,” he said.

The US Justice Department, Attorney’s Office, Northern District of Georgia had alleged that Onyema and his chief of administration and finance, Ejiroghene Eghagha illegally moved more than $20 million through American bank accounts using false documents to procure airplanes.

“On behalf of Allen Onyema, we hereby state that he strongly denies and will vigorously defend himself against the allegations made against him by the US Attorney in Atlanta, Georgia in relation to purchase of Aircraft, Aircraft spares and Aircraft maintenance.

“None of the allegations involve any third party funds but relate to his funds utilized in the Airline business. There is no allegation that any Bank [in the United States, Nigeria or elsewhere], Company or individual suffered any financial or any loss whatsoever.

“The allegations are unfounded and strange to him. Allen Onyema has a track record built on honesty and integrity and will take all necessary steps to clear his good name and hard earned reputation. He looks forward to an opportunity to rebut these allegations in Court,” he said.