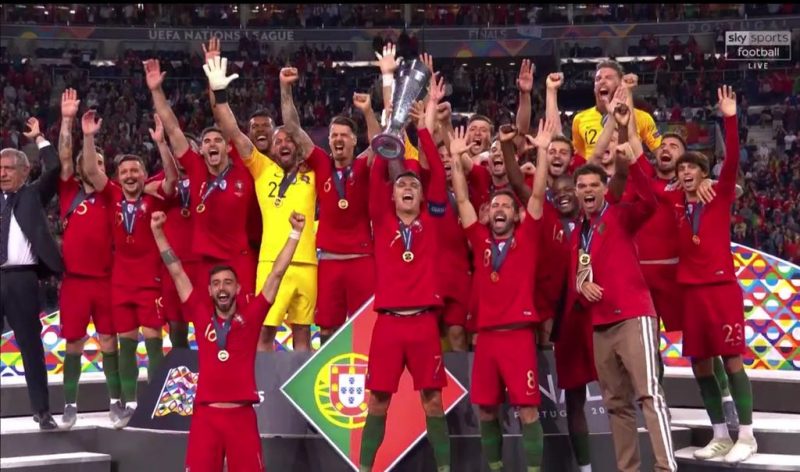 The draw for the Euro 2020 group stages was held on Saturday, Nov. 30 in Bucharest, Romania, with the most difficult group appearing to be Group F.

The group has football power houses, Germany, France, the reigning world champions and Portugal, European champions . The fourth member of the group will be known after play-off among Bulgaria, Hungary, Iceland and Romania.

>Here are the six groups

Livescore.com offers an analysis of the groups:

Saturday’s draw in Bucharest pitted Fernando Santos’ men and their talismanic captain Cristiano Ronaldo against the winners of the two World Cups either side of their Euro 2016 triumph.

It means Didier Deschamps’ Bleus will have an opportunity for revenge after Portugal beat them on home soil at the Stade de France to lift the trophy.

The nation with the dubious pleasure of joining them is still to be determined. Iceland, Bulgaria or Hungary would claim the fourth spot if they progress through their play-off route in Path A.

However, if Romania are victorious in Path A, they will go into Group C with Netherlands, Ukraine and Austria.

In permutations that underline the convoluted and criticised format, one of Georgia, Belarus, North Macedonia or Kosovo from play-off Path B would enter Group F if Romania qualify. Otherwise, the winner of Path B goes into Group C.

Italy open the tournament, which will take place across 12 host cities, when they entertain Turkey in Rome on June 12. Wales and Switzerland are also in Group A.

England and Croatia renew acquaintances at Wembley in Group D – Gareth Southgate’s men having been sunk by a Mario Mandzukic winner in the semi-finals of Russia 2018 before progressing to the Nations League Finals at the expense of Zlatko Dalic’s team.

There is the possibility of an all-British encounter if Scotland prevail from their play-off path alongside Israel, Norway and Serbia, while Czech Republic will meet England again in the finals having traded victories with the Three Lions during qualification.

Group B is the second group not waiting to see how play-off cards fall, with the world’s number-one ranked team Belgium lining up alongside Denmark, Finland and Russia.

Spain are aiming to make it three European titles in four attempts after securing glory in 2008 and 2012.

They head up Group C, where the winner of the play-off route including Bosnia-Herzegovina, Northern Ireland, Slovakia and the Republic of Ireland will round out the line-up alongside Sweden and Poland.

The Euro 2020 play-offs take place during next March’s international break.