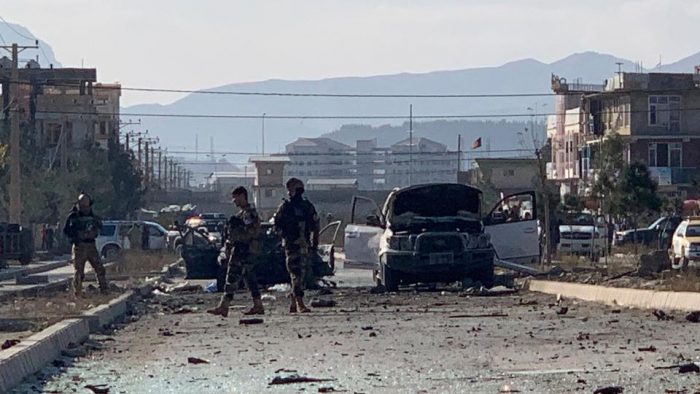 Scene of a car bomb in Afghanistan

The governor of Chardara district in the northern Kunduz province of Afghanistan along with two of his bodyguards have been wounded in a roadside bomb that struck his car on Sunday, provincial government spokesman Esmatullah Muradi said.

“Hafizullah Safi, the governor of Chardara district was going to inspect a development project in a village today morning but a mine planted by militants struck his car wounding him and two of his bodyguards,” Muradi told Xinhua.

Without providing more details, the official added that investigation had been initiated into the incident.

Chardara and the neighboring Dasht-e-Archi districts have been the scene of Taliban-led militancy over the past decade.