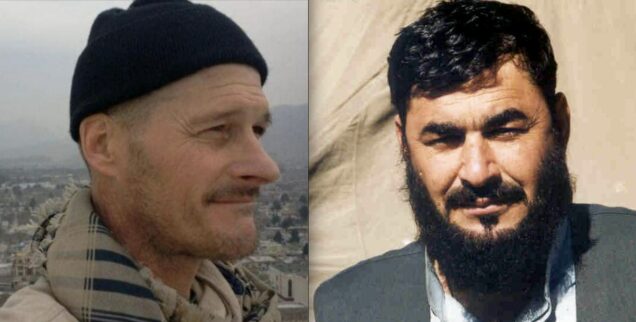 A U.S. civil engineer, Mark Frerichs, has been exchanged for an Afghan drug lord who was sentenced to a life term in prison by a U.S. court, according to Afghan authorities.

Frerichs disappeared in Afghanistan in 2020. It was suspected for a long time that Frerichs had been abducted by the Haqqanis, a notorious network within the Taliban, who demanded the release of Noorzai.

The U.S. authorities have not commented on the prisoner swap yet.

Noorzai was a financial supporter of the Taliban during their first period in power in the 1990s but was hired as an undercover agent on behalf of the U.S. government in the early 2000s.

He was arrested in 2005 in the U.S. for heroin smuggling and sentenced to life in prison.

After his release, Noorzai was welcomed at Kabul airport by the Taliban’s notorious GDI intelligence forces with flowers. Later, he spoke at a televised event at a grand hotel in the city.

Noorzai said he had been in prison for more than 17 years and his release would have been impossible without the Taliban’s efforts.

He also hoped that his release would improve relations between the Taliban in Kabul and Washington.

The Taliban has a history of hostage-taking in return for ransom or other political aims. In June, five British nationals being held by the Taliban in Afghanistan were released from detention.

Simultaneously, London announced it did not support anyone seeking to achieve political change through violence in Afghanistan.