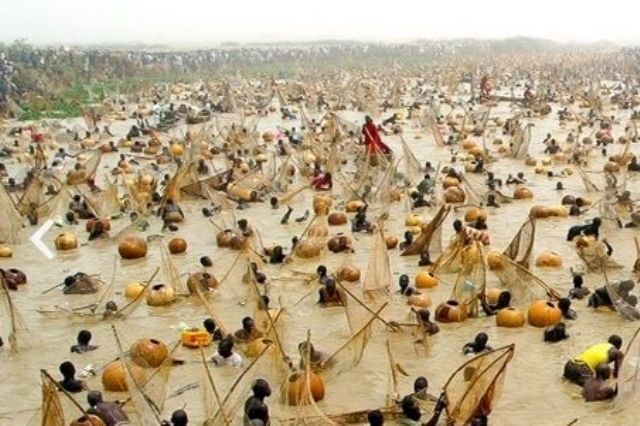 The National Council for Arts and Culture (NCAC) says it will revive the Argungu Fishing Festival which had been abandoned for over a decade.

Runsewe made the promise on Monday while receiving a delegation led by the Emir of Argungu from Kebbi State, Alhaji Samaria Mera, to the NCAC Headquarters in Abuja.

This was in a statement given to newsmen in Lagos by Runsewe’s Media Aide, Mr Frank Meke.

The director-general said that the Fish House he built in 2010 would also be refurbished and remodelled to boost tourism in the country.

“Argungu Fishing Festival will receive a breath of new life in 2020 after 10 years of abandonment.

“We will use Argungu to make a bold statement that indeed it is a festival that unites.

“We will continue to support it henceforth because it is arguably the number one in the country with UNESCO endorsement,” he said.

Runsewe displayed several publicity and promotional materials specially prepared by NCAC to propagate the 2020 edition of the festival.

The director-general showcased the prototype of the cultural centre he planned to build in Argungu emirate, adding that it was modelled after the best cultural centre in the world.

Runsewe, a titled chief from Argungu Emirate, said that he was emotionally connected to the festival which had a long history with a rich cultural content that remained unrivalled globally.

Alhaji Mera during the visit,

The emir appreciated Runsewe for identifying with the festival which was not only symbolic but served as a platform for projecting Nigeria’s rich cultural endowments.

He decried the decade long abandonment of the festival and was, however, delighted with the new impetus injected by the director-general.

According to him, Argungu Fishing Festival will be resuscitated to assume its place of honour among other high profile festivals in Nigeria.