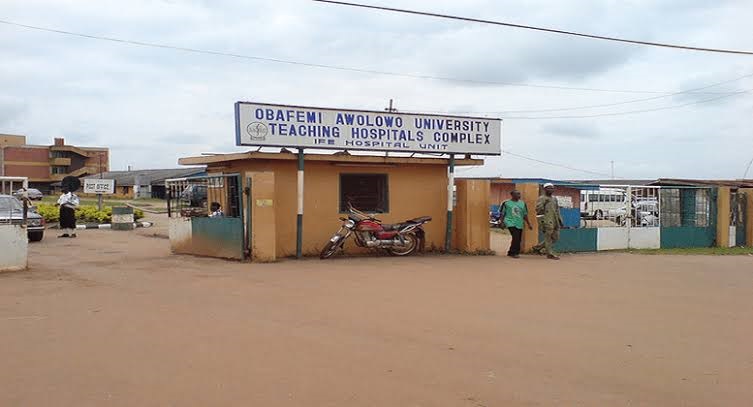 The renaming of the ward was announced at a commendation service held for the late Elusiyan held at the institution’s Chapel of Grace on Thursday.

The Chief Medical Director of the hospital, Prof. Victor Adetiloye, in his tribute, said that the deceased lived a fulfilled and impactful life and deputised for him from April 2018 till his death.

Adetiloye said that Elusiyan was loyal, devoted, honest, diligent and an exemplary leader whose death was a great loss.

A member of the Ife Community Landlord Association, Mr Olaniyi Ogunleye, testified that Elusiyan was kind, generous and participated actively and financially in the affairs of the association.

Ogunleye said that the deceased was humble and in spite of his often busy schedules had often attended their meetings regularly, saying he would be greatly missed.

In his sermon, Pastor M. A. Oyelami of the Chapel of Grace urged all Christians to prepare to meet the Lord.

He added that the deceased’s demise was a colossal loss to his family, OAUTHC, NMA, Paediatrics, Okegbo Community and Nigeria at large.

The cleric stated further that the country had lost a rare gem for the deceased spent his life to serve God and humanity.

“One day would be one day when it will be your turn, minimise gathering worldly materials, but have your treasures in heaven where moth would not devour it.

“We are all passengers going to the market, we have to go back home one day, therefore live day by day in the consciousness of humanity as prepared ones for death is certain, ” he said.

Oyelami decried the level of insecurity in the country and appealed to the present administration to find a solution to all the challenges facing the nation.

Elusiyan until his demise was a Consultant Paediatric Endocrinologist and CMAC of the Teaching Hospital.

He would be buried in his home town at Oke-Igbo, Ondo State, on Friday.

The deceased was murdered while returning to Ife from Ambrose Ali University on Dec. 13.