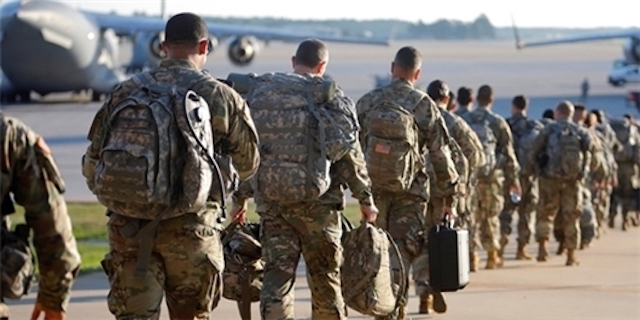 American troops in Iraq: Iran says they are now terrorists

Iran has designated all US forces and staff of Pentagon “terrorists” after an American drone strike killed one of its most powerful figures, Maj. Gen. Qassem Soleimani last week.

The blacklisting came with the passage of a bill by Iran’s parliament on Tuesday.

Qasem Soleimani, the head of the Revolutionary Guards’ foreign operations arm, was killed in a US drone strike outside Baghdad airport on Friday, ratcheting up tensions between the arch-foes.

Under the newly adopted bill, all US forces and employees of the Pentagon and affiliated organisations, agents and commanders and those who ordered the ‘martyrdom’ of Soleimani were designated as terrorists.

‘Any aid to these forces, including military, intelligence, financial, technical, service or logistical, will be considered as co-operation in a terrorist act,’ the Iranian parliament said.

According to reports on social media, Iranian lawmakers chanted ‘Death to America’ while voting for passage of the bill.

Lawmakers also voted to bolster by £170million the coffers of the Quds Force – the foreign operations arm of Iran’s Revolutionary Guards that was headed by Soleimani.

The bill was an amended version of a law adopted in April last year that declared the United States a ‘state sponsor of terrorism’ and its forces in the region ‘terror groups’.