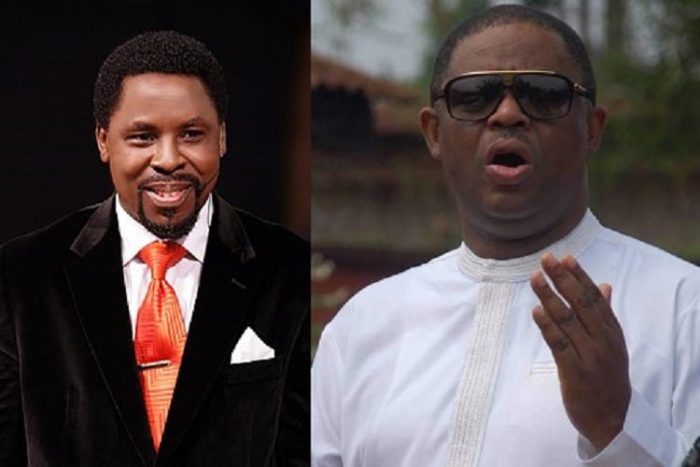 Former Aviation Minister, Femi Fani-Kayode has hailed Prophet T.B. Joshua over the announcement made by the Duke and Duchess of Sussex.

Prince Harry and Meghan Markle stunned Buckingham Palace on Wednesday evening after they announced their intentions to “step down as ‘senior’ members of the Royal Family.”

They wrote on Instagram. “We intend to step back as ‘senior’ members of the Royal Family and work to become financially independent, while continuing to fully support Her Majesty The Queen. It is with your encouragement, particularly over the last few years, that we feel prepared to make this adjustment.”

However, Fani-Kayode, Thursday, said the leader and founder of The Synagogue Church of All Nations(SCOAN), T.B Joshua had predicted the event.

Fani-Kayode described the announcement by the royal couple as “fulfilment of prophecy.”

“Few days ago Prophet T.B. Joshua said, “Pray for unity & understanding among the Royal family because of what I am seeing.

“Yesterday Prince Harry & Meghan announced they were withdrawing from Royal duties & that they wanted to be “independent” of the Royal family.

“This is a fulfillment of prophecy. May the Lord open our eyes to see that we have a true Prophet in this great man of God called T.B. Joshua,” Fani-Kayode wrote on Twitter.