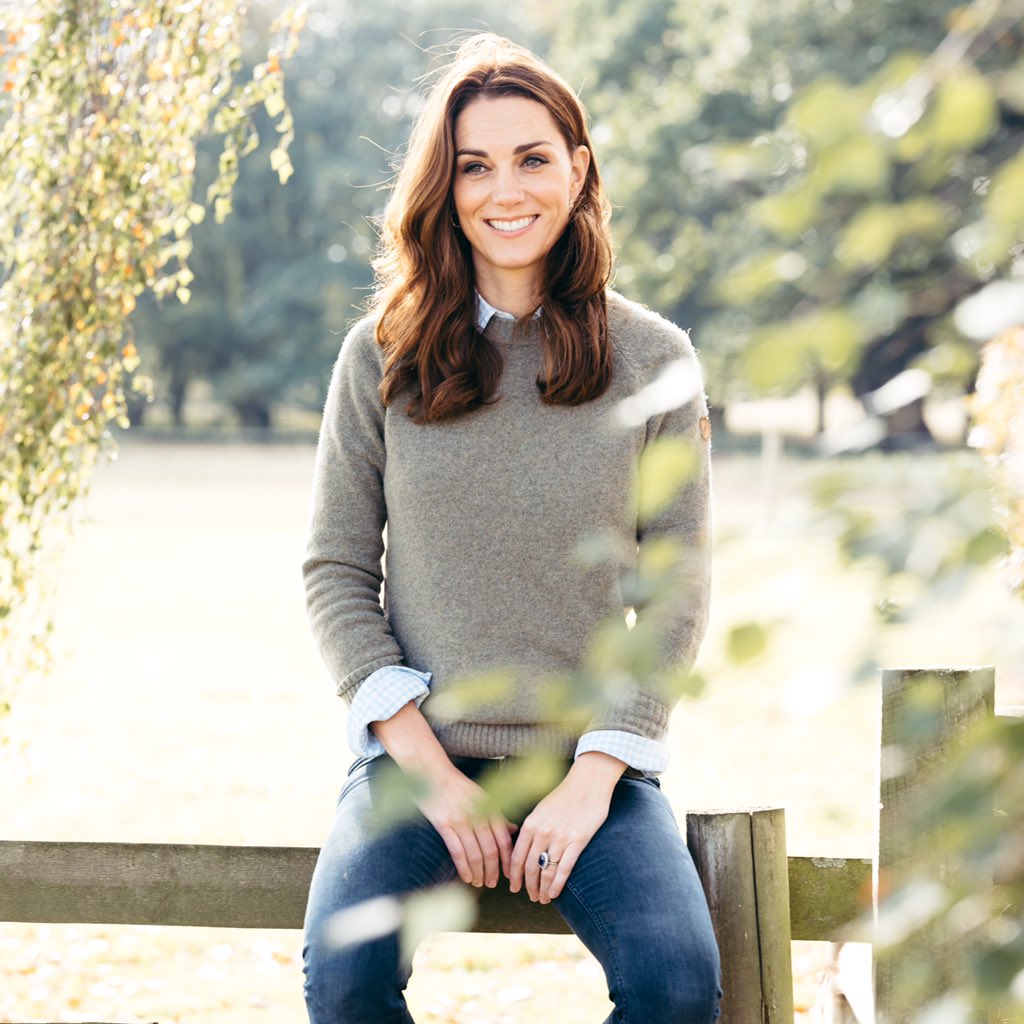 Kensington Palace has released a new beautiful portrait of the Duchess of Cambridge, Kate Middleton to mark her 38th birthday, amid her day being overshadowed by Prince Harry and Meghan Markle news stepping down from their roles.

In the image taken by Matt Porteous, the future Queen is pictured in her £130 Fjallraven ‘Ovik’ Re-Wool Sweater and jeans while posing at her Norfolk home, Anmer Hall, in September 2018.

The portrait was released on the Kensington Royal social media page, with a message of thanks to her well-wishers.

“Thank you, everyone, for all your lovely messages on The Duchess of Cambridge’s birthday!”

Meanwhile, Kate Middleton’s family have arrived at Kensington Palace for the birthday celebrations.