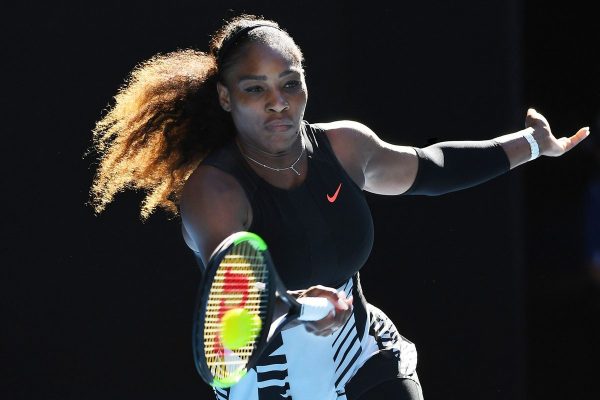 Serena Williams rallied from a set down to beat journeywoman Christina McHale at the WTA Auckland Classic on Thursday. Not much to worry about as she said it was just the workout she needed.

With her focus on winning a 24th Grand Slam at the Australian Open, Williams said she needs all the court time she can get after a long off-season since losing September’s US Open final.

It took the top seed two hours to put away the 27-year-old McHale and advance to a quarter-final with Germany’s Laura Siegemund, who ousted teen prodigy Coco Gauff in the second round.

Williams was broken three times before losing the first set 3-6 but recovered to take the next two sets 6-2, 6-3 in the all-American affair.

“I really need to play matches like that to get to my goals,” said the 23-times Grand Slam winner, who is determined to equal the record of 24 held by Australian great Margaret Court.

“Tournament time is super-important, match time is good. After losing that first set I’m just glad to be still in the event.”

McHale used her speed around the court in extended rallies which often produced unforced errors from the 38-year-old Williams in the early stages.

But just as it looked as if Williams was in a slump at 1-4 down after five games, the world number 10 got to grips with the blustery conditions and McHale’s agility and began to take control.

It was the reverse from Gauff, seen as one of the rising stars of tennis, who started strongly against Siegemund but faded as the match wore on.

The 31-year-old Siegemund, who played her first WTA qualifier in 2003 before Gauff was born, was up 5-4 and serving when the American teen broke twice to take the first set.

But from there, she used her considerable experience to ruffle the 15-year-old, forcing her behind the baseline and then drawing her forward with deft drop shots.

“In the first set I had my chances but let it go. So I just tried to keep my level and she started to miss a little bit more, and I guess I just got better and better,” Siegemund said.

As Gauff showed signs of being rattled, she lost the steeliness she showed when she burst into the limelight last year with a win over Venus Williams on her way to Wimbledon’s fourth round as a qualifier.

Against Siegemund, she finished with seven double faults and 49 unforced errors, which she put down to youth and inexperience.

“I’m still learning and that’s the problem that I have,” Gauff said.

Coco Gauff, however is alive in the doubles, where she is partnering with fellow American Caty McNally. The pair have qualified for the semi-finals after beating Britons Jessica Moore and Arina Radionova in the quarters.