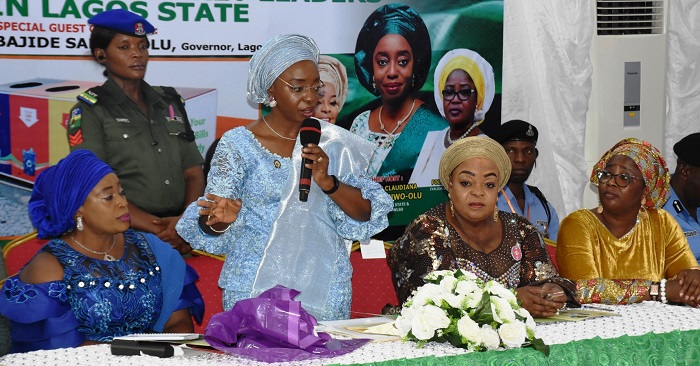 The Committee of Wives of Lagos State Officials (COWLSO) says it will collaborate with traders to ensure cleaner markets in the state.

The Chairman of COWLSO and Wife of Lagos State Governor. Mrs Ibijoke Sanwo-Olu gave the assurance in Ikeja on Tuesday during a “One-Day Seminar on Market Sanitation and Security for Market Leaders in Lagos State”.

The seminar was organised by COWLSO, in collaboration with the Lagos State Ministry of Local Government and Community Affairs.

The governor’s wife said that wives of officials of the state government would, in the next six months, join forces with market men and women across the state, to clean up the markets every Thursday from 7 a.m. to 10 a.m.

Sanwo-Olu said that the committee was going to work with the markets men and women for six months, on ways to learn and relearn on issues pertaining to sanitation in marketplaces.

She said that ensuring that marketplaces were clean would lead to a healthier environment.

According to her, there are about 500 viable markets in Lagos State and they generate food and plastic waste, of which the waste disposal has continued to be an issue.

She said that separation of dirt was essential, especially from homes, so as to enhance recycling.

The governor’s wife urged the market women and men to separate the food and plastic waste and put them in appropriate nylons.

According to her, market women and men have to go the extra mile to also buy nylon to pack their waste, to complement the ones given by the Lagos State Waste Management Authority (LAWMA).

She said the government was putting in place a rewarding system to regularly identify and reward the cleanest market.

The Commissioner for Local Government and Community Affairs, Mrs Yetunde Arobieke, urged traders to shun street/road trading, so as to ensure the protection of lives and property.

Arobieke said the state government had zero tolerance for such trading because of the attendant risk.

She said that marketplaces were supposed to close at 6 p.m. but some markets were not adhering to the time, hence, enforcement would be taken seriously.

According to her, market women and men should key into the ‘Waste to Wealth’ initiative, as it will rid the environment of waste and create wealth for them.

The Iyaloja General, Mrs Folasade Tinubu-Ojo, urged the traders to always pack the dirt that they swept into the bin or nylon, to avoid being scattered by the wind.

Tinubu-Ojo said that market leaders would continue to sensitise the market women and men on the need to keep the market environment clean.

The Commissioner for Environment and Water Resources, Mr Tunji Bello, said that the government would be more forceful in the enforcement of the state environmental laws.

Bello said that when market women and men in Lagos ensured a cleaner environment in their homes and markets, they would be safe and this would prevent the outbreak of diseases.