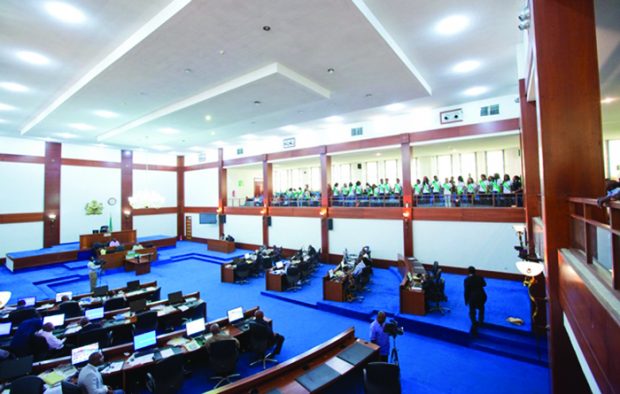 The Rivers State House of Assembly Committee on Public Accounts has recommended that 0.3% of Local Government Councils’ funds be deducted monthly to fund the office of Auditor General for Local Government.

Chairman of the committee, Hon. Major Jack, said this on Wednesday when his committee presented its reports on the audit bill.

He said the recommendation was in line with section 116 of the Rivers State Local Government Law No. 5 of 2018.

The committee also recommended that the remuneration, salaries and other entitlements of the Auditor General for the State shall be charged upon the consolidated revenue fund of the state.

The Committee also recommended that the Auditor General for the State or any person authorized by him to audit government business enterprises shall ensure forensic, financial compliance or value for money audit in performing his functions.

The Committee also said that Auditor General for the state shall liaise with any person, relevant federal government authorities, ministries, departments, agency and international bodies for proper discharge of his duties.

Debate on the report is expected to hold on the Jan. 27 when the house resumes for plenary.