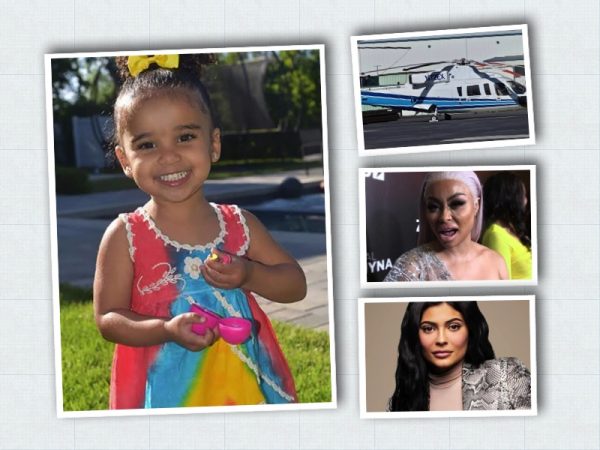 Blac Chyna is mad with business mogul Kylie Jenner after the star took her daughter Dream Renée Kardashian on a helicopter ride back in November — the very same helicopter, it turns out, that crashed on Sunday, killing nine people including NBA legend Kobe Bryant.

According to People, in the wake of the tragedy, Chyna’s lawyer Lynne Ciani released a statement to AMI, alleging that Jenner took Dream on the rotorcraft without Chyna’s permission.

Her words came after Jenner paid tribute to those lost in the accident, including the blue and white Sikorsky S-76 chopper’s late pilot Ara Zobayan, with whom Jenner said she had flown before.

“Chyna has become aware that Kylie Jenner is using the tragic deaths of Kobe Bryant, his beautiful daughter, and seven other precious souls to profess her ‘distress’ that she and Dream had ridden on the same helicopter with the same pilot prior to Sunday’s horrific crash. What Kylie failed to disclose was that Chyna never gave Kylie permission to take her precious daughter Dream on a helicopter ride and that Chyna never would have given Kylie that permission,” said Ciani, in a statement to AMI.

“No parents should find out after-the-fact that their child has participated in a dangerous activity without their permission,” Ciani said.