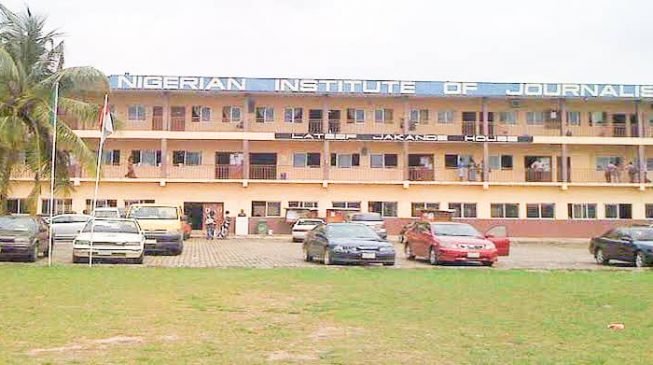 A part-time lecturer of the Nigerian Institute of Journalism (NIJ), Tene John who was sacked following a report from one of his students, Miss Anjola Ogunyemi that her lecturer sexually assaulted her has written an open letter to debunk the allegations.

Tene John denied having any sexual encounter with the said victim. He spoke on the bias that the institute placed in judging his case, terminating his contract despite the outcome of a three-person panel.

He wrote; “On December 17, 2019, I was verbally informed by the Dean of Student Affairs of the Nigerian Institute of Journalism (NJI), Mrs. Kalesanwo that I should appear before a panel over a sexual harassment claim by a student of the institute, Miss Anjola Ogunyemi. The said student had alleged that I sexually assaulted her in my office on December 13, 2019, at about 7:20 am. In her claims, she argued that after I tried to kiss her, I pinned her to the wall by holding her neck so tight, dropped to my knees, removed her panties and licked her down. I am placing it on the record that at no point did I sexually harass miss Anjola Ogunyemi.

The primary reason she was in my office on the said date was to sign the attendance register, which had to be re-written because the initial one was messed up. She wasn’t singled out for this. Other students before her had done the same. In the course of signing the attendance, she mentioned that she had got a job that would make attending classes difficult for her. I advised her to change from full-time to part-time to enable her to cope academically. I said I would help make inquiries about that.

While she was in my office, I went to meet Miss Cynthia (The woman at the bookshop) who confirmed that it was possible and all she needed to do was write a letter to Mrs. Kalensawo. During her time at my office, two ND students, Oluwaseun Mohammed and Ibukun Akinsanya entered. Mohammed greeted her while Akinsanya came to deliver the 3-In-One coffee I sent him. Before miss Anjola left, she gave me her phone number at that point, I patted her on the back with assuring words, and she even asked if I would be taking the 9:00 am class, in which I jokingly called her ‘olodo’ and answered in the affirmative.

Those familiar with my office know that there is a bookshop right beside it, as well as a lecturers’ office. At 7:20 am, the school is already lively with gardeners, cleaners, workers at the school cafeteria, and students.

On the said date, after she left my office. I chatted her up on Whatsapp and she responded by thanking me (I have released the chat with this message). She attended my 9:00 am class the same day she alleged that I sexually harassed her, and she also signed the class attendance. How could a person who left my office ‘shaking’, as she said on her social media post, reply to the chat I sent her at 8:46 am and sat through my two hours class? Only miss Anjola Ogunyemi could explain the reason she chose to tarnish my image. Some students even called my attention to her reaction when the news about my dismissal reached her. That ‘mission accomplished’ statement from her sounded vindictive, further proof to the fact that only she could explain her actions.

It should also be noted that during the panel sittings, it was pointed out to her that the initial oral statement she gave was totally different from the written statement she submitted 48 hours later.

However, it came as a shock to me that the institute I had served for over a decade decided to terminate my contract despite the outcome of the three-person panel. In the statement of the institute announcing my sack to the world, paragraph four says: “It was difficult for the panel to establish correctly a case of sexual harassment in its report because there were glaring contradictions in the testimonies of the two parties and witnesses.” At this point, it is pertinent to ask the management of NIJ that on what basis was my contract terminated?

In my service to the institute, which spanned over ten years, I had discharged my duties with all sense of responsibility. My office was always opened to students, from the ND level to the PGD level. Students charged their phones, kept their valuables in my office, and at no point was my name ever mentioned in the same line with sexual harassment. Ever since the news broke, I have been called unprintable names on my social media handles and despite numerous pleas, I refused to disable the comment section or pull down the account.

My next line of action would be communicated accordingly.

I thank everyone for their support during what has been a turbulent time for my family and me. I urge you all to remember me in your prayers.