Remand me in Kuje prison instead of EFCC's custody, Adoke pleads 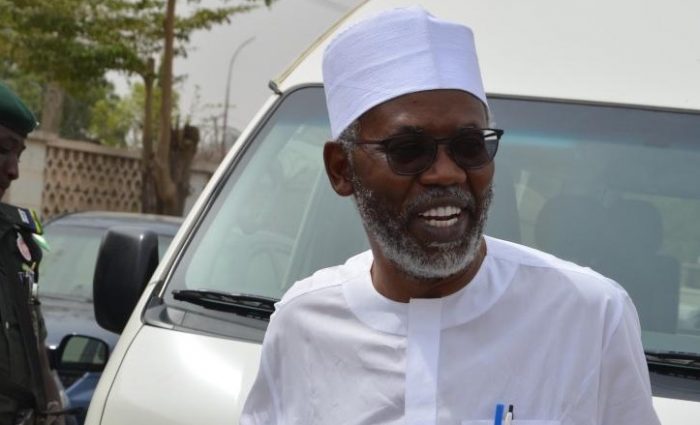 Mohammed Adoke, Nigeria’s ex-Attorney-General and Minister of Justice, (SAN), on Monday, said he preferred to be remanded at the Kuje Correctional Centre to the custody of the Economic and Financial Crimes Commission, EFCC.

Mike Ozekhome (SAN), spoke on Adoke’s behalf shortly after he was arraigned on fresh money laundering charges at the Federal High Court in Abuja on Monday.

Adoke was arraigned alongside Aliyu Abubakar, who was accused of paying dollar equivalent of N300m in Adoke’s account in September 2013 in violation of the Money Laundering Act.

Ozekhome was arguing his client’s bail application when he noted that his client was produced in court by the EFCC from the Federal Medical Centre near Jabi, Abuja, where he had been admitted for treatment.

According to PUNCH, after the defendants took their pleas, the prosecuting counsel, Bala Sanga, urged the court to remand them in the custody of the EFCC pending when their bail applications would be heard and determined.

The defence lawyers immediately noted that they already filed their bail applications and had been responded to by the prosecution.

Ozekhome appealed to the the court to grant bail to Adoke in liberal and affordable terms and conditions, saying that his client would prefer to be remanded in the Kuje Correctional Centre, instead of the custody of the EFCC.

“We have deposed to the affidavit about his health conditions. The prosecution themselves brought him to court from the Federal Medical Centre near Jabib in Abuja, this morning. We also plead that he be taken to the Kuje Correction Centre, a euphemism for Kuje prison pending when he meets his bail conditions to avoid the mental psychological strictures he goes through in the custody of the EFCC.

“My lord we pray that he be granted bail in liberal and affordable terms and conditions so that he can take care of himself. The law says, ‘come and stand trial’, it did not say ‘come and sit trial or come and prostate trial. My lord as you can see, the first defendant who is less than 60 is already bent with age,” he said.