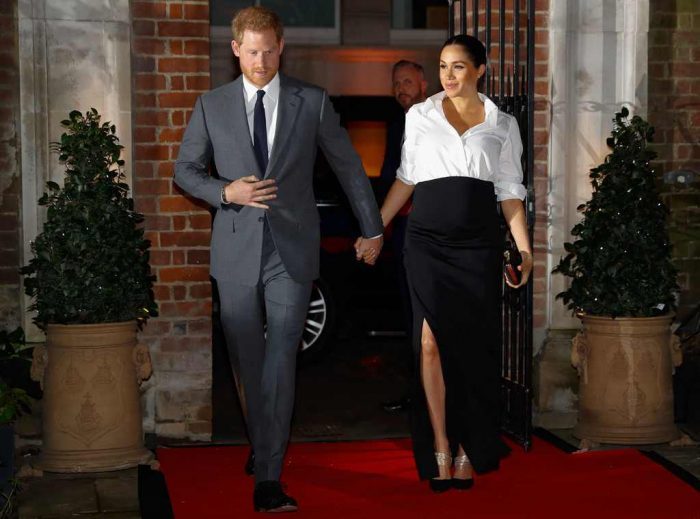 According to Today.com, The couple flew commercial from Canada, where they have been staying since stepping down as senior members of the royal family, and were greeted by the university’s president, Marc Tessier-Lavigne.

Meghan, who attended Northwestern University, has made education one of the key causes she champions. She selected the ACU, which fosters greater links between students and higher education institutions across the Commonwealth of 53 nations, as one of her royal patronages and has spoken about the importance of breaking down barriers to access education.

Meghan also wore the mission into her royal tours, from spending time highlighting the efforts being made to encourage girls into – and stay in – education during their Feb. 2019 visit to Monaco to stopping by the University of Johannesburg during this fall’s trip to Africa.

“As a university graduate, I know the personal feeling of pride and excitement that comes with attending university,” she said during a speech at the University of the South Pacific in Fiji in Oct. 2018.

“From the moment you receive your acceptance letter to the exams you spend countless late nights studying for, the lifelong friendships you make with your fellow alumni to the moment that you receive your diploma, the journey of higher education is an incredible, impactful and pivotal one. I am also fully aware of the challenges of being able to afford this level of schooling for many people around the world, myself included.”

She continued, “Everyone should be afforded the opportunity to receive the education they want, but more importantly the education they have the right to receive. And for women and girls in developing countries, this is vital. When girls are given the right tools to succeed, they can create incredible futures, not only for themselves but for all of those around them. And while progress has been made in many areas across the Commonwealth, there is always scope to offer more opportunities to the next generation of young adults, and specifically to young women.”

Although Meghan and Harry have been spending their time on Vancouver Island with 9-month-old son Archie, they also visited Florida recently.

They appeared at a private JPMorgan event in Miami’s South Beach on Feb. 6, where Prince Harry got candid about their recent break from royal life.

Standing before a crowd of investment bankers and celebrities — including Jennifer Lopez and Alex Rodriguez, who were seated at the same table as Harry and Meghan — the Duke of Sussex said that “while it has been very difficult on him and Meghan, he does not regret their decision to step down as senior royals, because he wants to protect his family,” Page Six quoted a source.