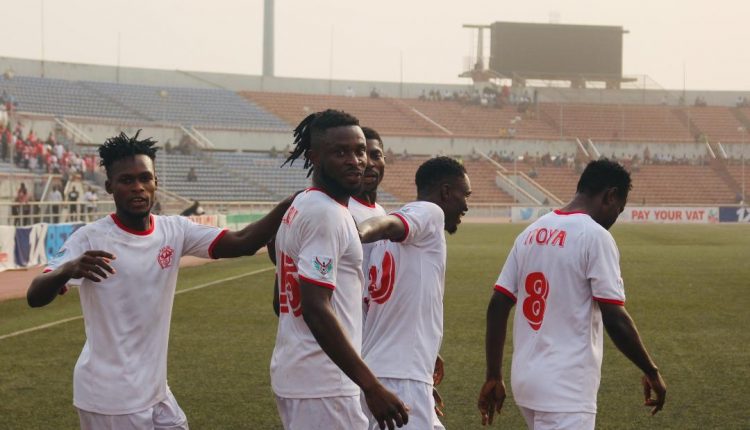 Rangers International Football Club of Enugu on Monday said they have launched an appeal to the League Management Company (LMC) over referee Jacob Gwatsa.

The 2015/2016 Nigeria Professional Football League (NPFL) champions said the appeal was over Gwatsa’s handling of their 2019/2020 NPFL Match Day 20 fixture in Enugu.

“Rangers International FC have made an official appeal to the LMC against referee Jacob Gwatsa of the FCT over his controversial handling of Sunday’s fixture against Akwa United in Enugu,” Norbert Okolie, the club’s spokesman said in a statement.

The club alleged that the referee twice ignored calls for clear penalty kicks against the visiting side which ran away with a 2-1 win.

Okolie said Rangers were also surprised at the choice of Gwatsa for their match.

“It is this same referee who had his red card decision barely a year ago against our Pascal Seka rescinded.

“This was in a rescheduled Match Day 8 fixture against Bendel Insurance FC.’’

The club spokesman said the letter was signed by their Team Manager, Amobi Ezeaku, on behalf of the club’s General Manager.

“Let it be stated that Gwatsa issued a red card in the Match Day 8 match number 045A rescheduled between Bendel Insurance FC and Rangers International FC, and the LMC had to reverse the red card decision.

“Aside the numerous questionable calls made by Gwatsa in Sunday’s fixture, the height of it was the penalty kick appeals which he waved off to the chagrin of even his co-officials in the game.

“On two occasions, the opposing defenders handled the ball in the penalty area and a striker, Seka Pascal, was hacked down inside the box and the referee allowed play to go on,” Rangers claimed in the letter.

It added that it was left wondering if it was a coincidence that the same referee whose decision was reversed by the LMC barely a year ago could be found culpable again.

“Was it just human error or a clear case of targeted aggression at the club due to past meetings?

“Rangers FC are appealing to LMC for justice not only to be done but must be seen to have been done by the league organising body so as to maintain the high standard already attained,” it added