Klopp to Atletico: It's not over yet 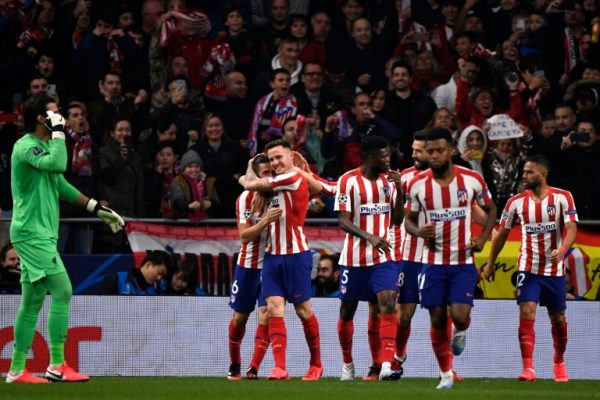 Liverpool manager Jurgen Klopp said a very different atmosphere at Anfield will help turn his side’s Champions League last 16 tie with Atletico Madrid around after a 1-0 first leg defeat in the Spanish capital on Tuesday.

Saul Niguez’s early strike inflicted just Liverpool’s second defeat of the season in all competitions with a senior team.

The holders were frustrated by the hosts’ playacting and Polish referee Szymon Marciniak’s performance as Atletico boss Diego Simeone whipped the Wanda Metropolitano crowd into a frenzy.

“I don’t think I have to do that much to be honest (in the second leg), I hope I can be focused a little bit more on the game.

“Our people will be ready. Welcome to Anfield! It’s not over yet.”

Klopp replaced Sadio Mane at half-time with the Senegalese at risk of being sent-off as Atletico players surrounded Marciniak demanding a second yellow card for the African player of the year just before the break.

“He was targeted that was clear,” added Klopp.

“Sadio played a really good first half and the only thing they wanted is to make sure he gets a yellow card.

“For me we didn’t lose, it’s only half-time, the score is 1-0 that’s all. But you need to be really strong as a ref in this atmosphere, that was obviously not easy.”

The visitors were also riled by the celebrations of Simeone and some of his players at full-time after they secured a victory that could kickstart a faltering season.

“They’ve celebrated as if they’ve won the tie after the game, so let’s see,” said left-back Andy Robertson.

“We’ve got a couple of weeks, Premier League business to take care of, and then we’re coming back to Anfield.