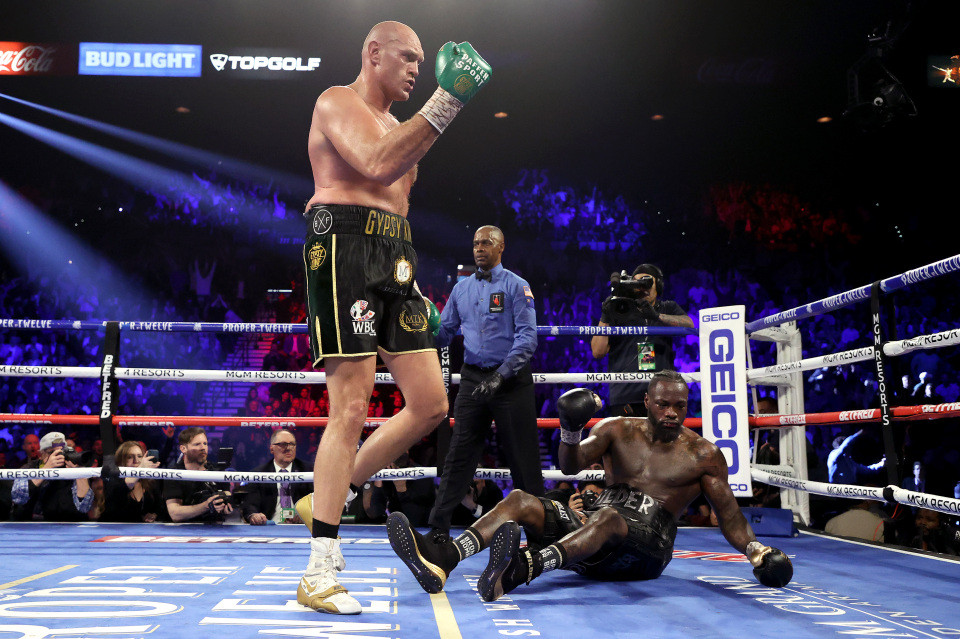 Fury battered Deontay Wilder from the opening bell until one minute and 39 seconds into the seventh round, when Wilder’s corner threw in the towel, to beat the Bronze Bomber and claim the Lineal Heavyweight, WBC and Ring Magazine championship belts.

Fury before the fight said he will be coming out to attack Wilder and many fans didn’t believe Fury would defeat Wilder, a scenario that David Haye says played into Fury’s hands.

David Haye, a former Heavyweight champion during his own time, was sitting at ringside for BT Sport during the fight and he couldn’t believe what he witnessed, saying Tyson Fury exhibited ‘greatness’.

“I don’t know what it looked like to everyone at home, but watching it here, I witnessed greatness. That’s what that was.”

“That kind of pressure is hard to negate,” Haye began to explain what led to Wilder’s loss.

“He’s coming out, he’s coming back in and look at Wilder; his legs are straight and that’s what happens when you don’t have quads to hold your weight a little lower, to ride the shots. But he’s never needed to do it because he punches so hard.

“Fury was so calculated in every department and as you can see, I’m pretty impressed [laughs].”