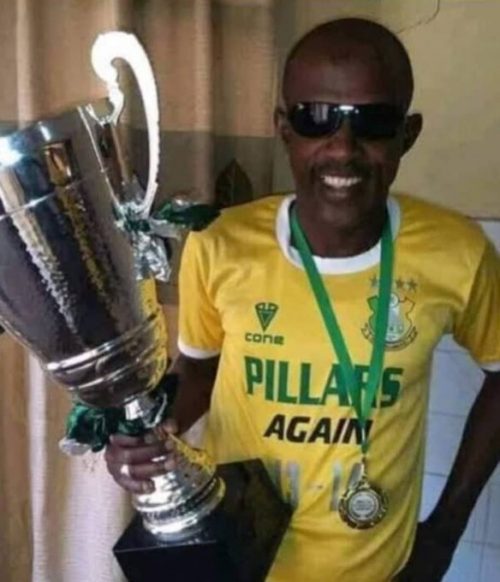 The remains of Kabiru Baleria, team manager of Kano Pillars Football Club, were laid to rest in Kano on Tuesday.

The funeral prayers were led by the Chief Imam of Murtala Mosque in Kano metropolis, Sheikh Kabiru Dan’taura, at Durumin Zungura quarters at the family house of the late Baleria.

Among those who attended the funeral prayers were a former Kano State Head of Service, Auwalu Na’iya, and a former Chairman of the then Nigeria Football Association (NFA), Ibrahim Galadima.

Others included the Chairman of Kano Pillars FC, Surajo Shuaibu, and several other football stakeholders.

The former national under-17 and later under-20 assistant coach died on Tuesday afternoon at Kano hospital after a protracted illness.‎

Baleria’s corpse was buried at ‎Dandolo cemetery in Kano metropolis.

Shortly after the funeral prayers, Shuaibu led the management officials, players and technical crew of the club to condole the family of the late Baleria.

The chairman who declared a three-day mourning period for all members of the Kano Pillars family described the late Baleria as honest and dedicated.

Shuaibu then suspended the team’s training till Friday morning.